ToolGuyd > Hand Tools > Wrenches > A Deep Offset Wrench Saved the Day!
If you buy something through our links, ToolGuyd might earn an affiliate commission. 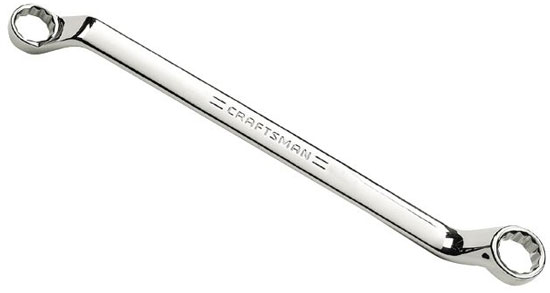 I already owned one or two deep offset wrenches before I purchased my Craftsman 5-piece inch and metric wrench sets back in February of 2010. I thought that the wrenches would see a lot of use, but I was wrong. Since then at least half of my ten deep offset wrenches have done nothing but take up space in my toolbox. 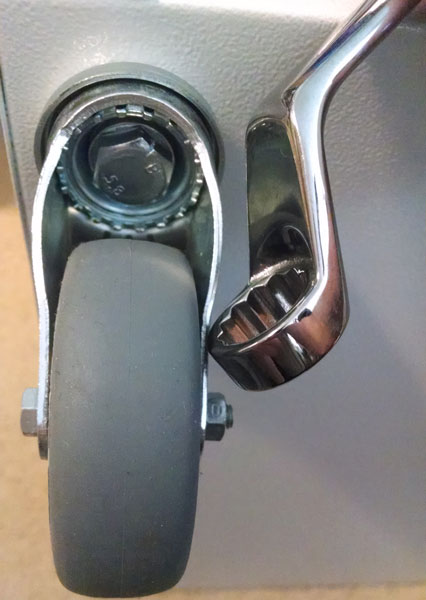 Yesterday was the first time in memory that I reached for my 17mm/19mm deep offset double box wrench.

I had purchased a tool cabinet, and while assembling it I realized that the casters were not threaded and did not have attachment plates. The casters were to be attached using short M16 bolts.

There have been other times when fastener assembly or removal tasks when nothing but a deep offset box wrench would fit, but none in recent memory. Many of the times in recent months when I have used my deep offset wrenches, a regular combination wrench or socket would have fit just as well.

In theory, if I didn’t have a 17mm deep offset box end wrench available, I could have removed the caster wheel and possibly used a 17mm socket with a long extension to get the job done.

Even so, thank you, my deep offset wrenches, you have once again earned your place in my toolbox.