ToolGuyd > Power Tools > Cordless > Dewalt 12V Max Pivot Reciprocating Saw
If you buy something through our links, ToolGuyd might earn an affiliate commission. 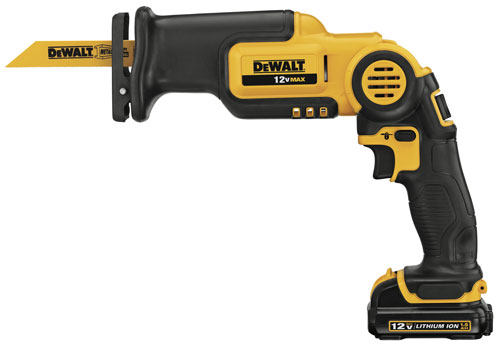 Dewalt has announced that they will be adding a new pivoting reciprocating saw (DCS310) to their 12V Max li-ion compact cordless tool lineup. The reciprocating saw is designed to be compact and lightweight, and features a 3-position handle for added versatility and maneuverability in confined spaces. 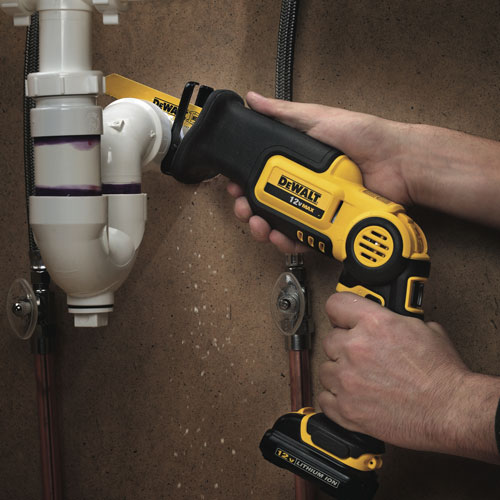 The new saw kits will be available in April 2012.

Buy the Kit via Amazon
Buy the Bare Tool via Amazon

And yes, Dewalt’s Pivot Saw looks remarkably like Porter Cable ClampSaw, which we reviewed a while back. The specs, housing, and ergonomics between tools are slightly different, but the link is undeniable. We were pleased with the performance of the PC version and have high expectations for the new Dewalt.