ToolGuyd > Power Tools > Cordless > Spotted: Dewalt 20V Brushless Jigsaw
If you buy something through our links, ToolGuyd might earn an affiliate commission. 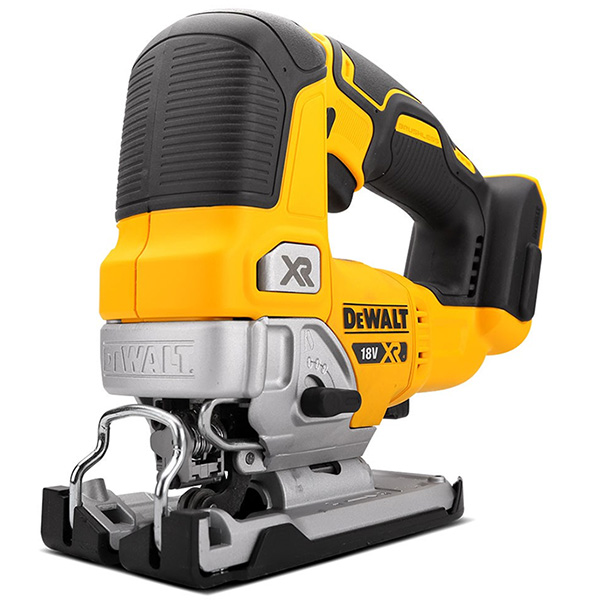 We have learned that a new Dewalt 20V Max brushless jigsaw tools is on the way. So far, we only know that it is coming to Australia, but it seemed like an interesting new development to post about.

It should not be too surprising. Brushless motor technology has come a long way, and prices seem to be different than just a few years ago.

Milwaukee has new brushless cordless jig saws on the way.

I can’t tell you much else. Dewalt’s not ready to officially announce the new tools, and evidence of them are buried on the web, in places like Pinterest, Google web caches, and Instagram, pointing to now-taken-down Home Depot product pages, or Canadian retailers hosting pixelated images.

Let’s look at other recent (and semi-recent) releases in the cordless power tool industry:

Milwaukee came out with a new cordless sander.

Porter Cable came out with a new cordless sander. (And Craftsman now too.)

Bosch has a cordless sander.

Makita has a cordless sander.

Ridgid has a cordless belt sander, even.

Ridgid has a compact brushless router.

Bosch even came out with a 12V Max cordless router, reviewed here.

What else do you think Dewalt will come out with next? I’m thinking that they’re putting the final touches on top handle and barrel-grip brushless jigsaws for the North American market, and am starting to really expect new a Dewalt brushless sander, and maybe a cordless trim router. There is definitely a need for such tools, and it’s reasonable to predict that the jigsaws will precede or launch alongside other carpentry or finish-work tools.