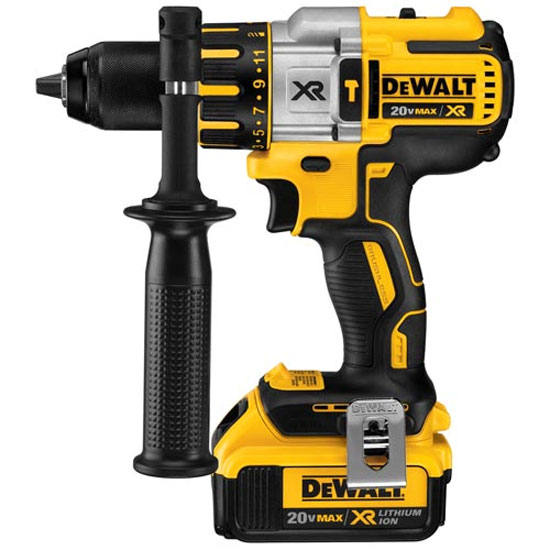 Earlier this month I posted a few thoughts about whether or not I thought Dewalt was soon coming out with a new 20V Max XR brushless premium hammer drill or drill/driver. It’s a question I have been asked numerous times via email, and so I wanted to address the question in a post that I could point to when responding to similar emails moving forward.

Given Dewalt’s past marketing approach, I really didn’t think a brushless version of their cordless premium drill and hammer drill were scheduled for release in the near future. It looks like I was wrong.

In a comment to that predictions post, a reader mentioned to expect Dewalt’s premium brushless drill driver/hammer drill to be out around October. While a Fall 2013 ETA has not yet been officially confirmed, I was able to track down some early information about the new brushless hammer drill. 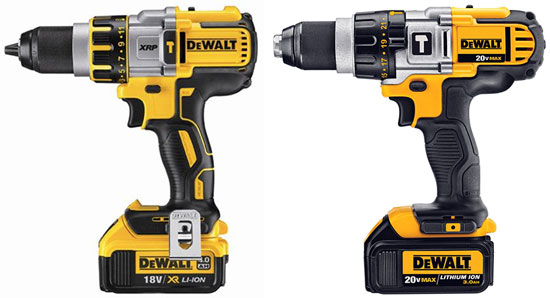 Most noticeably, it looks like Dewalt was able to engineer the brushless premium hammer drill to be slightly more compact and shorter in length than the brushed motor premium drill. The hammer drill still looks a bit long, but any improvements in length are well worth it.

As Javier pointed out his comment below, unlike the brushed motor premium cordless hammer drill, DCD985, the new DCD995 brushless premium drill does not have a separate mode-selector switch. Instead, the rotary and hammer mode settings can only be toggled by rotating the adjustable clutch wheel.

Update: Dewalt rates their drill as having 650 UWO of power.

The new brushless hammer drill also received similar styling and design tweaks as Dewalt’s compact brushless hammer drill, and drill/driver. It has a new bottom base-mounted LED worklight, a design decision that seems to have been borrowed from other brands, a the new dual-color pistol grip styling to differentiate this as a brushless XR drill.

In terms of general technical specs, our sources say that the XR brushless premium drill will have the same 3 speed ranges as the brushed version, the same weight, and the same maximum torque rating. I cannot confirm this just yet, but official details and specs should be available closer to the tool’s launch.

In terms of size and weight, Milwaukee’s M18 Fuel drills bested Dewalt’s brushed motor premium drills. In terms of sheer power, both tools came close. In terms of runtime, it seems that the Milwaukee had the upper hand with its brushless motor, but I don’t recall seeing any recent head-to-head tests. One of the main selling points for the Dewalt over the Milwaukee was its 3 speed settings.

Milwaukee’s brushless hammer drill has a higher torque rating than the Dewalt – 725 in-lbs vs. ~708 in-lbs, when paired with a high capacity 4.0Ah battery pack. But that’s on paper.

In practice, there are other factors – such as battery over-current protection – that could contribute in determining which tool is really more powerful than the other when it comes to real-world applications. If you are pushing either tool to their limits, a few inch-pounds of on-paper torque rating won’t make a difference.

If you ask me, I would go with the Milwaukee Fuel over Dewalt, but that’s because I prefer its lighter weight and smaller size, and its 2- speed ranges would suit me just fine. I also prefer how Milwaukee’s auxiliary handle fits to the tool, compared to Dewalt’s method.

As with other recent Dewalt 20V Max cordless tools, the new cordless drill features “20V Max XR” branding. 20 V Max XR has been a source of some confusion for USA users, who have been asking if Dewalt’s XR lithium ion batteries provide any improvements in performance, as with Milwaukee’s RedLithium and XC battery packs. According to an answer by Dewalt on their Facebook page, the XR battery packs only provide added runtime, not added performance, compared to Dewalt’s lower capacity non-XR batteries.