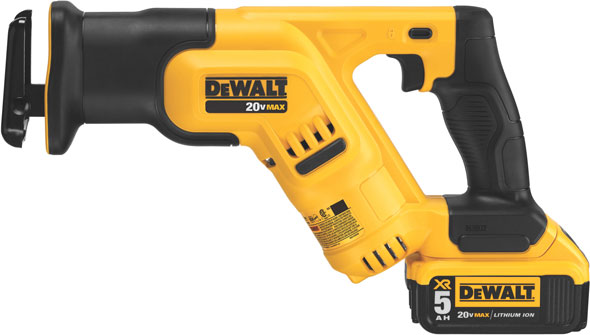 Dewalt has been a little slow in expanding their 20V Max cordless power tool lineup, but new designs have been steadily coming down the pipeline. The newest 20V Max tool is a compact cordless reciprocating saw, DCS387, which resembles the DWE357 compact corded saw that came out nearly three years ago. 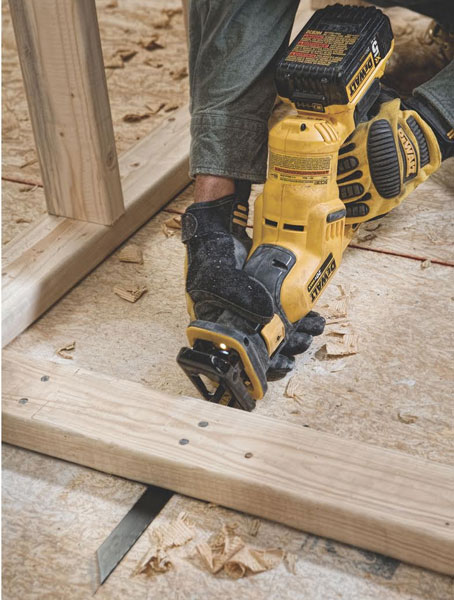 The new DCS387 is 2.5″ shorter than Dewalt’s premium cordless reciprocating saw, model DCS380, allowing it to go where other saws cannot. Dewalt says that, in addition to the saw being able to fit into tighter areas, the new compact reciprocating saw offers better control than the DCS380 and other traditionally styled reciprocating saws.

Dewalt built the new saw with a traditional 4-pole brushed motor and not a brushless one. Maybe a brushless version is in the works, but that’s doubtful. 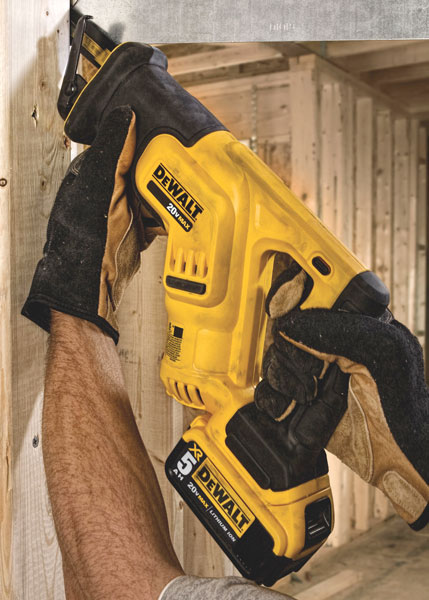 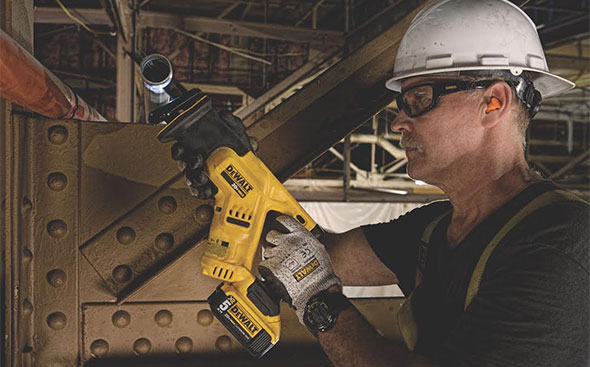 As mentioned, the new compact saw is powered by a 4-pole brushed motor, and not a brushless one. I am mentioning this twice because a common question will be why isn’t it brushless.

Dewalt might very well plan to release a brushless design in the future, but for the time being, no such plans are evident. As it is, the new compact reciprocating saw design offers advantages over other saws in certain areas, such as fitting into tight work areas and corners.

If Dewalt is working on a brushless corded saw, it will be an upgrade or replacement for the standard-geometry DCS380. Or at least that’s my opinion.

In the press release, it says that this saw has balance of performance and compact design. The DCS387 has the same cutting stroke length (1-1/8″) and approximately the same top speed (2900 SPM vs 3000 SPM) as the DCS380 saw, but I have the feeling that it’s going to be slightly less powerful. Maybe that’s not the case, but if so that would give Dewalt a reason to continue selling the DCS380 saw.

The last image should give you a better sense about the size and scale of the new saw. A different of 2.5 inches might not seem like much on paper, but it does change how the tool is held and used.

Dewalt’s DWE357 corded saw is a solid performer, and is every bit as compact, ergonomic, and nicely balanced as I anticipated prior to seeing it in action a while back. I have no doubts that the DCS387 will provide similar advantages, except it’s powered by a Li-ion battery pack instead of AC power.

If you’re looking for something even more compact, but with a tradeoff between cutting performance and size, you might want to consider the Milwaukee M18 Hackzall (prices via Home Depot).