ToolGuyd > Power Tools > Cordless > New Dewalt 20V Dual-Port Fast Charger and Batteries with Fuel Gauges
If you buy something through our links, ToolGuyd might earn an affiliate commission.

As you have probably already noticed, we discussed quite a few of Dewalt’s new 20V Max cordless tools today. In addition to expanding the 20V lineup, Dewalt announced a new dual-port fast charger and two batteries with built-in fuel gauges. 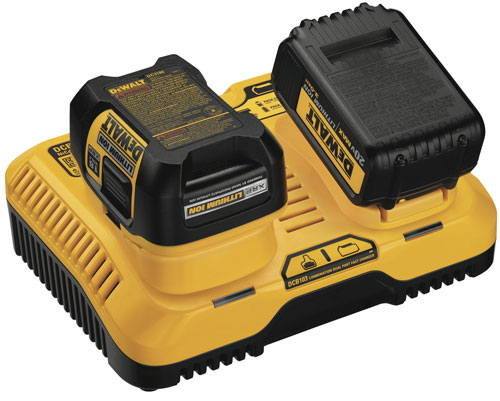 Dewalt really should have called this a universal charger, as it can charge any Dewalt 7.2V, 9.6V, 14.4V, 18V, 12V Max, or 20V Max battery. There are an estimated 69-million 18V batteries still on the market today, with many users adding 12V and 20V tools to their kits. The new charger supports these users as they slowly transition between platforms.

The charger is said to be able to support both slide and tower-style battery packs simultaneously, although we’re not sure if this means they will charge at the same time or sequentially.

Two new battery packs – 1.5 Ah (DCB201) and 3.0Ah (DCB200) – will now feature a built-in fuel gauge to better alert users when it’s time to head to the charger or spare battery cache. The fuel gauge consists of 3 green LEDs with a push-button activator. At the press of a button, the gauge will indicate the level of charge by the number of green LEDs that are lit. 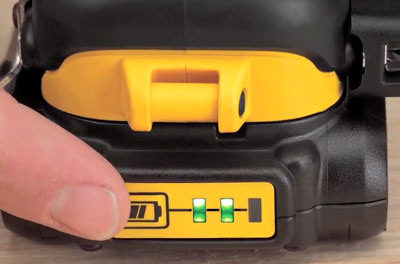 Expect to see the new batteries in June 2012 at $79 for the compact and $99 for the extended capacity packs. 2-packs of each size will also be available.