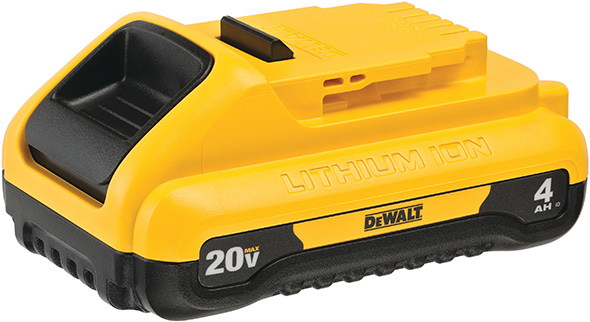 A couple of years ago, this would have been a big deal. Now? It’s still important to share about, but it’s not quite as significant a development as it would have been.

The latest Dewalt cordless power tool battery (DCB240 here, DCB189 in Europe) is a 5-cell 4.0Ah battery. It’s smaller and lighter than Dewalt’s current 10-cell 4.0Ah battery pack, but should be capable of delivering comparable runtime. Being built with larger form factor Li-ion cells, this battery is a little larger and heavier than lower capacity 1.5Ah and 2.0Ah battery packs.

Next-gen 4.0Ah Li-ion cells are already being used in other high output battery packs, and so it was only a matter of time before we saw Dewalt use them in a compact battery. We weren’t guaranteed to see compact 4.0Ah 20V Max/18V XR batteries, but there was a high likelihood.

The battery has a 3-LED charge indicator.

Should you buy one? The answer to this is getting more complicated all the time. Generally, determine which tools you want to use the battery for, and then check on price-per-amp-hour. A battery like this can kind of take the place of lower capacity compact batteries or comparable (and slightly higher capacity) 10-cell battery packs.

There is also be a new 8.0Ah battery, and we’ll talk about that again soon. In my opinion, the 8.0Ah 10-cell battery is a bigger development. 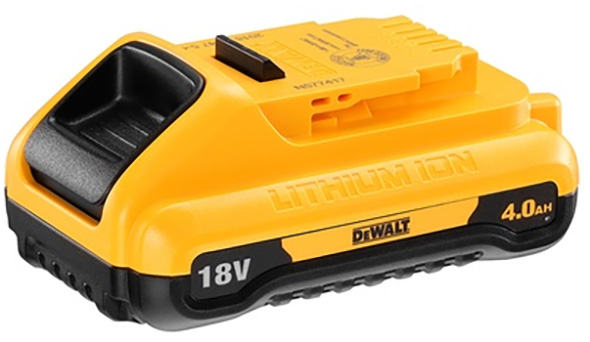 There will also be a European version of the battery, with 18V branding. It’s the same battery, different labeling. Dewalt 20V Max and Dewalt 18V XR is the same thing.