ToolGuyd > Power Tools > Cordless > Dewalt 20V Radio Review (DCR015)
If you buy something through our links, ToolGuyd might earn an affiliate commission. 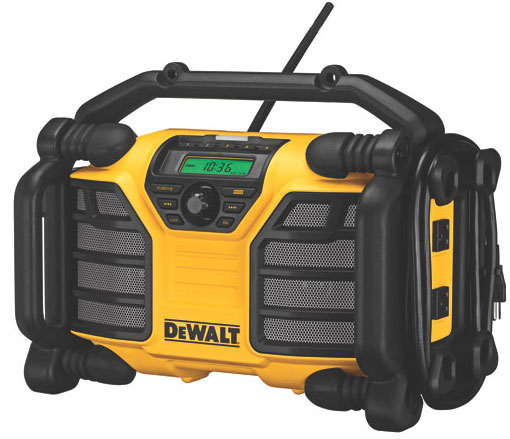 Dewalt’s new DCR015 12V/20V radio charger is a much-awaited addition to their 20V cordless product lineup. We know how much readers have been eager for feedback about the new radio, so we reached out to Coptool, who had a chance to preview a pre-production unit at a recent trade show.

Jay, the editor behind Coptool and associate of Ohio Power Tool, snapped a few photos after demoing the new 20V jobsite radio at STAFDA. We asked Jay for his quick impression and he kindly provided us with the following:

It was a very nice radio that gives you all the benefits you are looking for from a jobsite stereo including multi-platform battery charging, a variety of media inputs and power outlets to run other tools and chargers. It does it all in a very light weight portable package which will be very handy on the jobsite.

In terms of loudness it seemed to do the job but head to head I’d like to see it up against the Bosch Power Box [on sale via OPT]. Even without the added subwoofer of the Bosch I think it will still hold up pretty nicely. 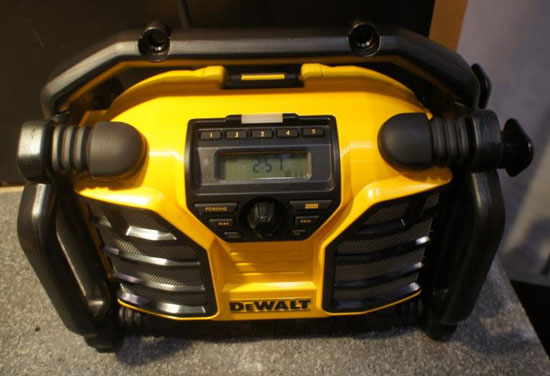 As expected the jobsite radio has a beefy-looking roll cage and what appears to be added vibration dampening. 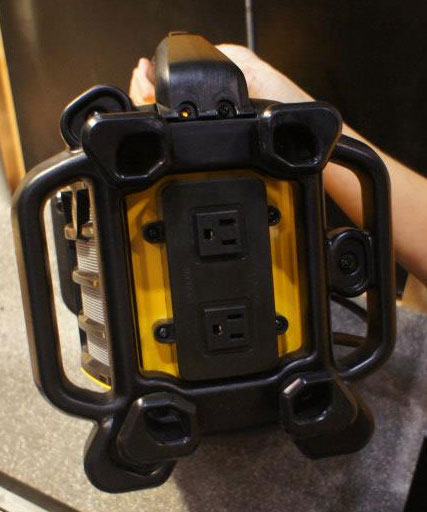 2x 120V power outlets that supply your tools and separate chargers when the radio is plugged into an AC power outlet. 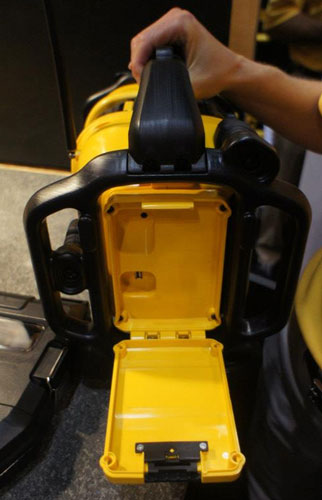 Robust carrying handle and what appears to be a water- and dust-tight multimedia compartment. A USB port charges your mobile devices, while an aux audio port connects to players’ headphone outputs. 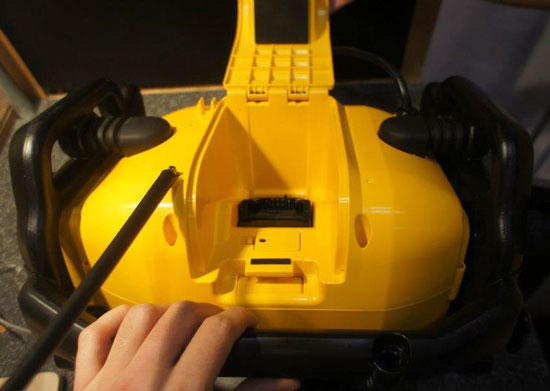 The battery charging compartment is enclosed, at the rear of the radio. The radio can be powered by Dewalt’s 12V or 20V Li-ion battery packs, and it can also charge both types of batteries as well.

It is unclear whether the battery charging and media compartments are dust-proof or weather-sealed, but the unit as a whole is not. Scroll back up and you’ll see the exposed AC power outlets. A spring-loaded door to protect the unused outlets, similar to those on the Bosch Power Box 360 we reviewed favorably, would have been a welcome touch.

Additional photos from STAFDA can be found on CopTool’s Facebook page. Jay talks about some of these new products in his What’s New at 2012 STAFDA report, so be sure to check that out as well.