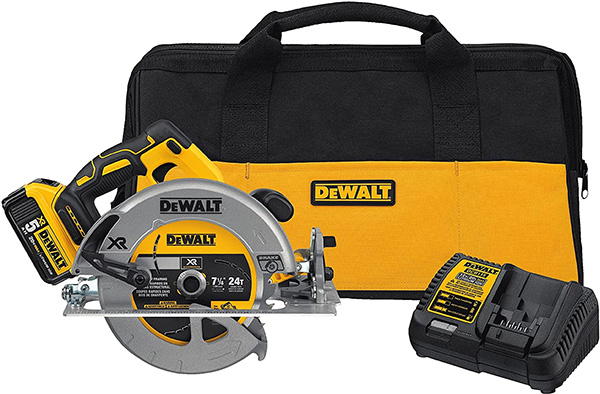 Over at Amazon and several other retailers, they have a new deal on the Dewalt 20V Max brushless circular saw, model DCS570P1. It’s on sale for $199 right now, for the kit, down from ~$279.

The kit comes with the saw, charger, 5.0Ah battery, and tool bag.

Check out more of our Dewalt tool deals here

Have you seen a better deal than this one?

If you’re okay with the Dewalt Atomic-series 6-1/2″ brushless circular saw, check out that deal instead:

With that deal, you buy a Dewalt 20V Max cordless power tool starter kit with 4Ah and 6Ah batteries, charger, and tool bag, for $199, and choose a free tool from a list of options, including several brushless tools – but not the 7-1/4″ saw discussed above.