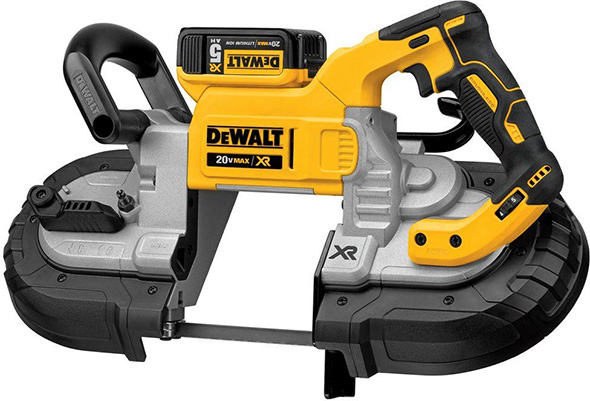 Chris wrote in about a very hot deal he found, on the Dewalt DCS374P2 20V Max brushless deep-cutting band saw.

The bare-tool version of the cordless band saw, DCS374B sells for $295 at Amazon, as of the time of this posting, and up to $329 elsewhere.

Yeah. I told you this was a hot deal!

Right now, there’s free shipping at Amazon and Home Depot. Amazon’s ETA is said to be “3 to 6 weeks,” which usually means they’re waiting on a resupply and will ship out as soon as they receive stock from Dewalt.

Thank you to Chris for the heads-up!