ToolGuyd > Power Tools > Saws > New Dewalt Compact Reciprocating Saw
If you buy something through our links, ToolGuyd might earn an affiliate commission. 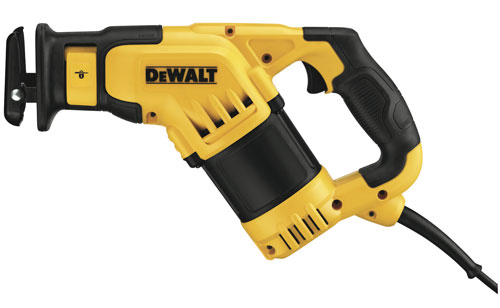 Dewalt just announced a new reciprocating saw (DWE357) with a compact and unique configuration that’s said to greatly improve tool balance and control. We’ve seen compact reciprocating saws before, and they usually sacrifice power as a trade-off. Not this one!

The new saw weighs 6.8 lbs and is 14.5″ long, or about 20% shorter than other current corded models. The saw’s shorter size makes it better suited for making cuts in tight spaces such as between rafters and studs, and under sinks and in corners. 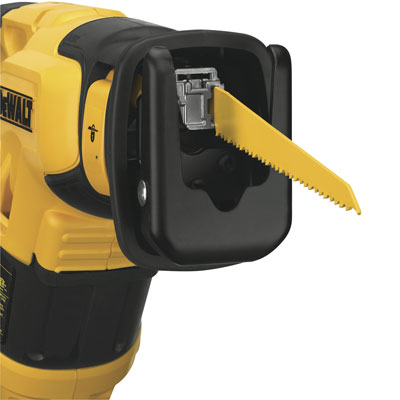 The saw features a 10A motor, variable-speed 2800 SPM, and 1-1/8″ blade stroke length. A lever-actuated 4-position blade clamp allows users to position the blade in either horizontal or vertical directions, and a pivoting shoe provides leverage for flush-cutting and other applications. There’s also a keyless blade change and variable speed one-finger trigger switch.