ToolGuyd > Power Tools > Cordless > Dewalt Cordless Drill Kit for $69 (Back for 12/8/18)
If you buy something through our links, ToolGuyd might earn an affiliate commission. 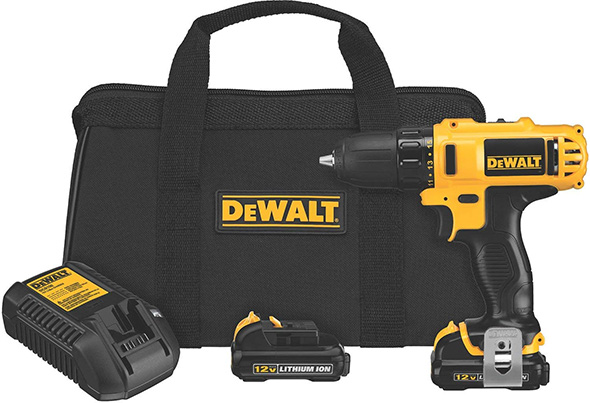 Over at Amazon, they have the Dewalt DCD710S2 12V Max cordless drill/driver kit on sale for $69.

When I reviewed this Dewalt drill 8 years ago, the kit was priced at $159.

If you’re looking to buy into Dewalt’s 12V Max cordless power tool platform, or want an inexpensive and lightweight cordless drill to play sidekick to something that’s large, heavy, and overkill for lighter duty tasks, this is a great bargain.

One thing I really liked about this drill was its slim-grip ergonomics. The drill won’t win any “best of…” contests, but it’s a capable and comfortable model.

There are tons of recommendations I could make at $99+ price levels. But for under $70? This looks like a good choice for light to medium duty tasks on a budget.