ToolGuyd > Power Tools > Cordless > Dewalt Cordless Fan is on Sale for $79 (Mid-July 2019)
If you buy something through our links, ToolGuyd might earn an affiliate commission. 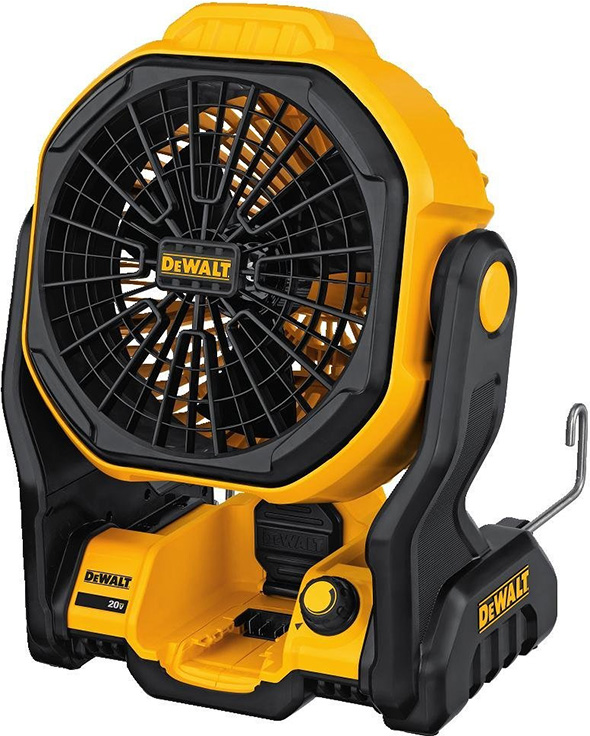 While looking for hints about what might be on sale tomorrow for “Prime Day”, I noticed that the Dewalt 20V Max cordless fan, DCE511B, is back on sale for $79. I posted about a similar deal back in November 2017, and since then I’ve received a few emails asking about similar deals.

Update: It looks like the deal has sold out. It might be worth checking back later to see if they have it available for backorder.

Well, it’s back to $79, probably just for a limited time.

Dewalt’s cordless fan is compact, portable, and it offers a couple of different mounting options. You can power it via 20V Max battery or an AC extension cord.

I have also seen a basic starter set bundle, DCE511C1, that comes with a lower capacity compact battery pack and charger for $99. That’s usually a good deal, but if you don’t need a basic battery or extra charger, $79 is the lowest price I’ve seen on just the bare tool.

At the time of this posting, Amazon reports limited stock but they have “more on the way.”

If Dewalt’s cordless jobsite fan has been on your wishlist, this is probably the lowest price you’re going to see it at. If you pass on the deal, I’m sure it’ll be this price again in the future, or we’ll likely to see the $99 starter kit bundle again in the future. So, no pressure.