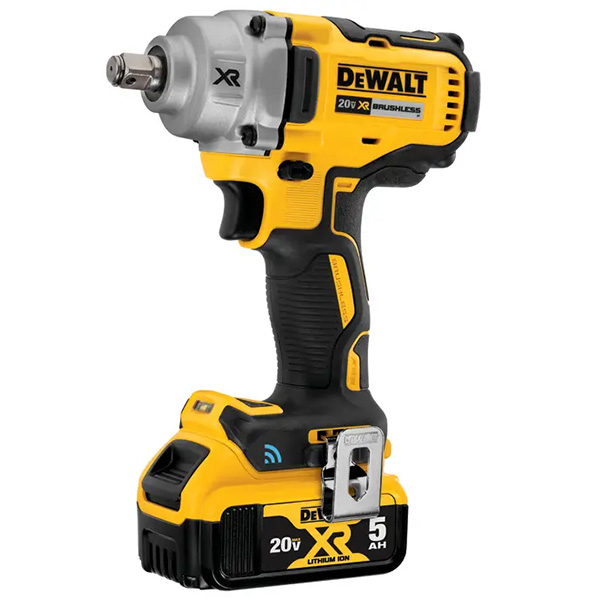 The new 1/2″ mid-range impact wrench is similar in specs to the DCF894 that came out last year.

Tool Connect customizations require the use of Dewalt’s free app on your smartphone or other device. Once they’ve saved to your tool, you can put your phone away.

Precision Tap: In this mode, the tool can automatically alternate between forward and reverse directions, allowing for easier and faster cutting of threads, compared to manual tapping. With a manual tap wrench, or manual power tapping, you would alternate between forward and reverse directions in order to break up chips that could bind your tap and lead to breakage.

Note: Depending on the application, there are certain taps that you don’t have to back out when used (slowly) with a power drill.

With Tool Connect, you can select this setting for one of your 3 custom modes.

Precision Wrench: In this mode, you can set a runoff speed for the reverse direction, helping to prevent fasteners from speeding off a bolt and getting away from you. In the forward direction, you can set “pause before impact” duration, as well as an auto shut off time, which Dewalt says can aid in fastening consistency.

It also provides for “last seen” tracking, and “out of range” automatic shut-off.

The DCF894 is similarly spec’ed, but without Tool Connect customizations or tracking.

The special tapping and wrench modes sound convenient, and so does the ability to tweak the speed (and torque) settings.

I should remind you that the Precision Wrench mode is also built into the DCF894 impact wrench, and this version (DCF896) takes it further by allowing the user to customize the delay times. The tapping mode and speed customizations are unique to these Tool Connect models.

Question: Have you ever used a 1/2″ impact wrench for thread-tapping applications? I have seen tap sockets, but I can’t say I have ever used them.

In theory, I like customizations. In practice, the LED work light brightness and “afterglow” delay aren’t variables I ever really feel the need to adjust. But the speed and torque settings? Yes, those are things that I’d be happy to be able to adjust, especially for repetitive tasks. I’d likely “set and forget” once, and then maybe later on if needed. 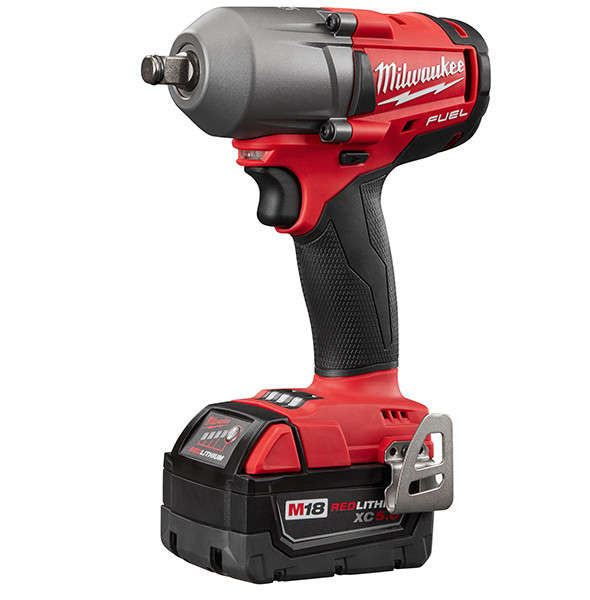 Out of curiousity, how does the Milwaukee M18 Fuel brushless 1/2″ mid-torque impact wrench compare? I don’t remember looking at both models (Dewalt DCF894, Milwaukee 2861, 2860), but now seems like a good chance.

For the moment, ignore the Dewalt Tool Connect capabilities, as there’s no Milwaukee mid-torque with One-Key option (unless I’m forgetting about it and also searched online using the wrong keywords).

The Dewalt has a more useful LED worklight placement.

Despite how things might appear, I am thinking that the max torque was more of a subjective decision by Dewalt, rather than an upper limit dictated by the components. Based on the on-paper specs, I am led to believe that Dewalt could have inched up the max speed and max fastening torque. Surely they could have matched Milwaukee’s mid-torque power if they wanted to. But, perhaps they drew the line where they thought users would have ample power and application speed to get through the types of tasks a tool like this is designed for. In theory, this would trade upper-end power and slightly faster speeds for greater runtime.

This is all speculation of course, but I think that Dewalt was deliberate about the balance between power and runtime, and that they could have increased the power consumption to achieve greater torque if desired.

If you need more torque, that’s what the heavy duty impact wrenches are for.

The DCF894 is a competitive brushless mid-torque impact wrench, and I think that the new DCF896 is a compelling offering for users who want a little more control over what the 3 preset modes can do to make their work easier or better.

If you have used the regular mid-torque impact, do you wish you had this Tool Connect version instead?

If the mid-torque impact wasn’t appealing to you before, does this one change your mind?

While we’re at it, here’s another question – are there other tools that you wish had Tool Connect customizations of some kind?