ToolGuyd > Power Tools > Cordless > Dewalt Cordless Miter Saw is Finally Here!
If you buy something through our links, ToolGuyd might earn an affiliate commission. 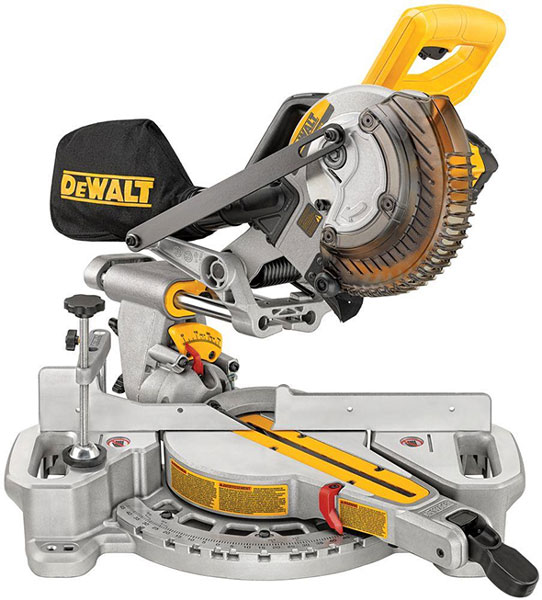 This could very possibly be the biggest cordless power tool news of 2015, or at least this month: Dewalt’s cordless miter saw is finally official! Let that sink in for a moment. Dewalt. 20V Max. Cordless Miter Saw.

The new Dewalt DCS361 cordless miter saw, model DCS361M1 for the kit, is a tool that’s been teased about for a couple of years now. I thought that it might have been nearing release last year, after the anonymous server logs showed at least one reader searching for news about a Dewalt cordless miter saw each day more times than anyone should admit, but it never showed up.

Before you get all excited, or disappointed, there are a couple of things you should know right away.

First, it’s a cordless sliding compound miter saw. The sliding rails means you should get decent cutting capacity for a saw this size.

Second, it’s a 7-1/4″ saw. This is why you really need those sliding rails. You don’t need ’em, but they make up for the smaller size of the blade.

The 7-1/4″ saw blade size should mean lower power demands, which translates to longer runtime and a greater number of cuts per battery charge. Blade selection should be great, as 7-1/4″ is standard for circular saws. It also means smaller vertical cutting capacity, but the saw can still cut through 2x lumber.

The product specs are incomplete at the moment, but the Dewalt 20V Max cordless miter saw can at least cut through 2×8 boards that are set against the fence horizontally. 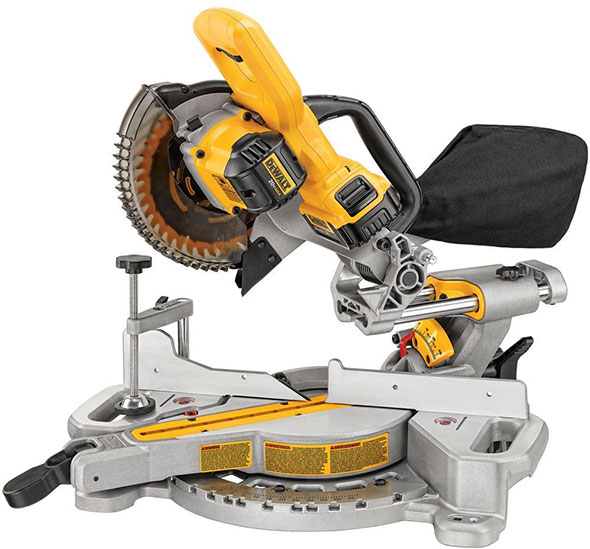 Overall, the new Dewalt cordless miter saw looks like a nice and tidy design. It weighs in at 30 lbs, which should make it not only portable but easily manageable.

Did you notice the large grab handles at the sides of the saw, and the huge carrying handle on top? No, not the yellow handle that’s used for operation of the miter saw, but the black carrying handle. 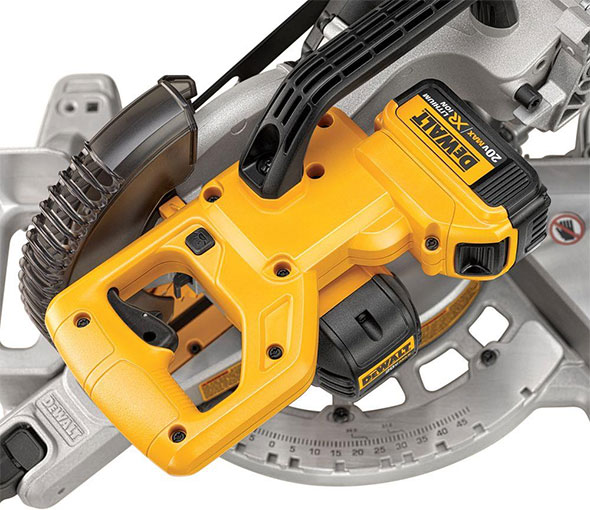 Dewalt equipped the cordless miter saw with their very excellent XPS crosscut positioning system. I would call it an LED worklight, but it’s not, it’s a sort of LED shadow system.

In the straight-down image of the saw, you could see where some weight was quite literally cut out of the miter saw’s base. There shouldn’t be any compromise to strength, but that does add to the manufacturing complexity. 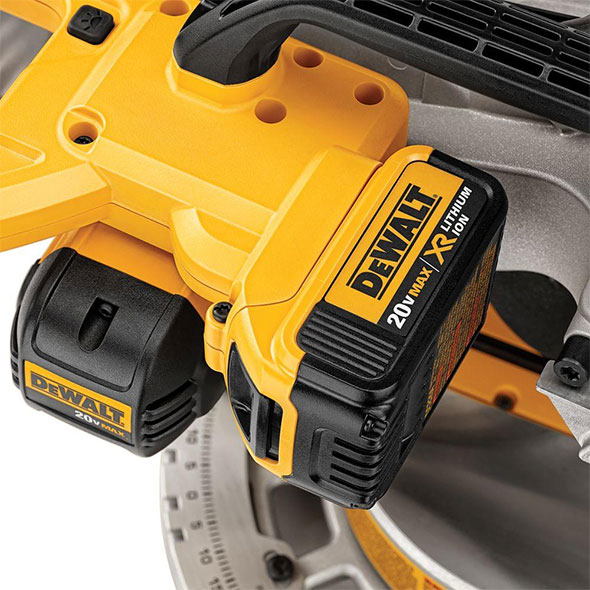 All of the photos I’ve seen show the cordless miter saw with an XR battery pack, but it doesn’t look like the miter saw is brushless. That’s okay, I’d rather see a brushed motor miter saw than a brushless one that doesn’t exist because it’s too expensive to bring to market.

According to the product description, the M1 kit includes a DCB200 (3.0Ah) Li-ion battery and DCB112 20V/12V Max multi-voltage charger. The product images show the saw with a higher capacity battery pack, and the M1 part of the kit model number (DCS361M1) has always meant (1) 4.0Ah Li-ion battery pack, and so I’m inclined to believe that’s what it comes bundled with.

Looks pretty darned good to me, and even better than what I expected!

While priced higher than consumer-grade saws, the new Dewalt cordless miter saw is appreciably less expensive than competing pro-grade models. It’s $399, and that’s for the kit!

The new Dewalt saw strongly resembles its corded brethren, but also looks to shine with a brand new design. I almost understand now why it took so long for Dewalt to get this saw off the ground.