ToolGuyd > DealGuyd > Dewalt Cordless Power Tool Deals of the Day (8/29/2019)
If you buy something through our links, ToolGuyd might earn an affiliate commission. 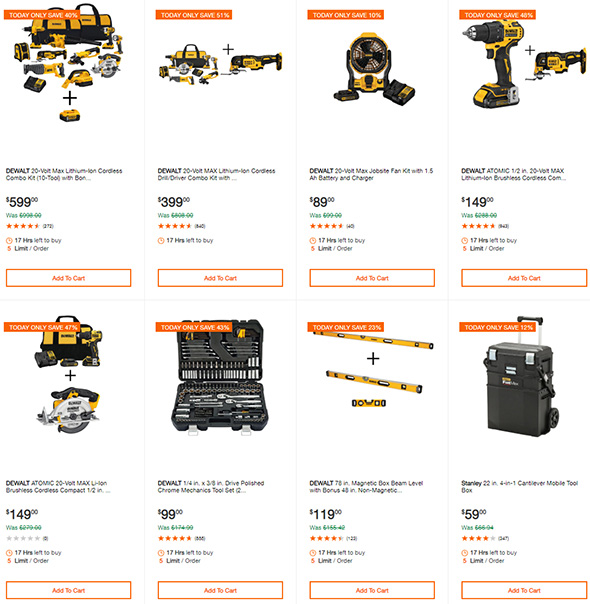 Today only, Home Depot has a couple of Dewalt cordless power tool deals of the day. There are a couple of hand tool and storage deals as well.

Don’t miss any tool news, reviews, or deals, subscribe to our newsletter!

First up, there’s a Dewalt 10pc 20V Max cordless power tool combo kit, on sale for $599. That’s not the best price we’ve seen on this combo kit, but it does also come with a bonus 5.0Ah battery, sweetening the deal. Otherwise, the included 2.0Ah batteries wouldn’t be the best fit for some of the tools, such as the saws or grinder.

This combo kit, model DCK1020D2, is a high value kit, designed around maximizing your bang for the buck. In other words, this is the kit you might choose if you want a whole lot of capabilities at the lowest possible pricing. There are better tools out there, but you won’t get as many of them for $600.

Buy Now(Dewalt 10pc cordless combo kit via Home Depot)
Compare(via Amazon) – this is the same 10pc combo but without the bonus 5.0Ah battery

Some of these other deals are quite good, if you could use the tools. The Dewalt Atomic cordless drill kit has been $99 ahead of Father’s Day, so with the two Atomic kits you’re basically buying the drill kit and getting the “bonus” tool at reduced pricing. The Dewalt Atomic cordless power tool kits have returned to their pre-seasonal pricing, but might come down again ahead of the winter holiday shopping season.

While some of these deals are repeats or variations of tool deals we’ve seen in the past, others are new to us, such as the 3pc Dewalt level deal. 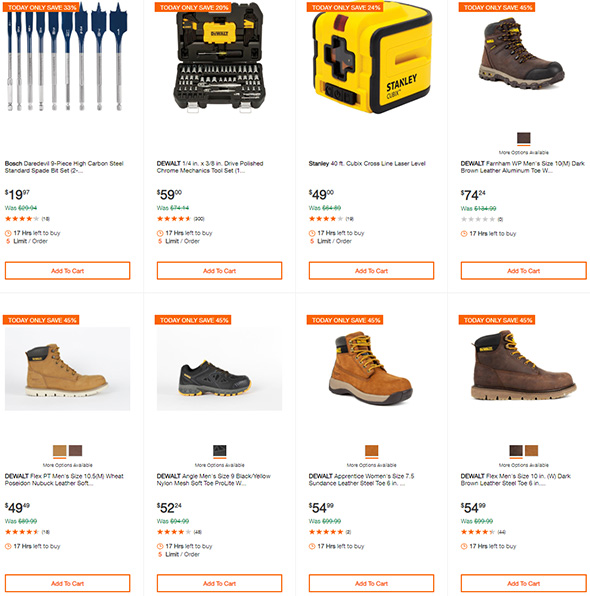