ToolGuyd > Power Tools > Cordless > Let’s Talk About the New Dewalt Brushless Hammer Drill “Special Buy”
If you buy something through our links, ToolGuyd might earn an affiliate commission. 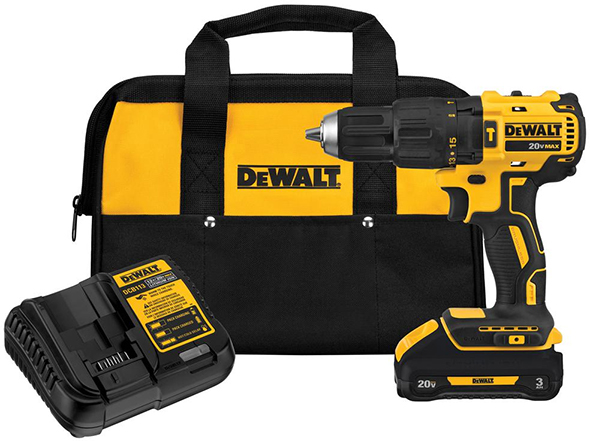 Dewalt has quietly come out with a new holiday season “special buy” cordless brushless hammer drill kit, DCD778L1. Thank you to Mosh for the heads-up!

The Dewalt DCD777 came out in Fall of 2016, and shook things up a little but. It was a compact brushless drill/driver, with (2) compact battery packs, on sale for $99 during peak holiday shopping seasons (mainly Christmas and Father’s Day seasons).

Makita followed suit with a $99 brushless drill kit of their own, and so did Milwaukee.

In my 2017 holiday season drill/driver deals roundup, I said:

I’ve thought about it long and hard, but I think that this Makita XFD061 brushless drill kit is my “top pick” out of all the holiday season special buys. It’s going to drop back down to $99 again.

Why? Because the battery made it a little more appealing than both Dewalt and Milwaukee options, when considered as a gateway tool into the Makita 18V platform.

Keeping in mind that Dewalt competitors have caught up with their own holiday season brushless drill/driver kits at the same $99 price point, let’s take a look at the 2 main features that sets this new kit apart from their previous/other DCD777 kit offering. Also keep in mind that the DCD777 kit was a great buy as it was. 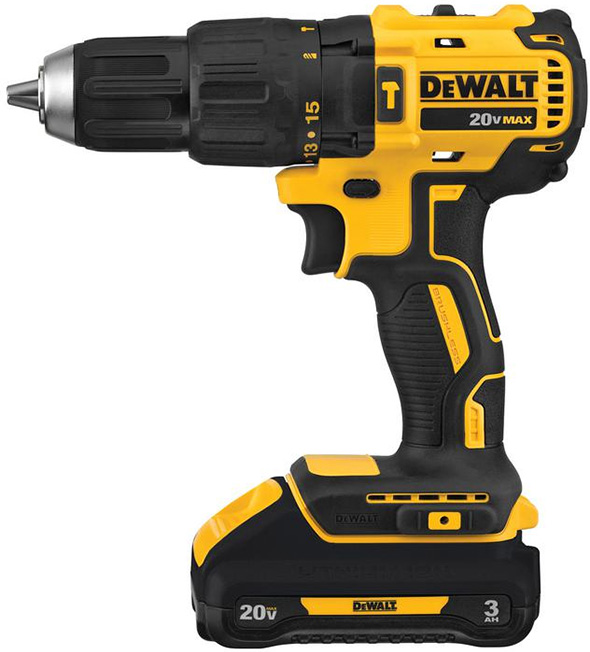 First, the Dewalt DCD778 is a hammer drill.

For some, a hammer drill mode is a “I’d rather have it and not need it” feature. For me, it’s a feature I rarely need, and it adds to the cost and size of a tool. In this case, it looks to make the drill only slightly longer. And with the kit at the same $99 price point, you’re not paying any more for it.

Second, this drill is bundled with a compact 3.0Ah battery pack.

How are they able to bundle this new premium compact battery pack with a budget “special buy” drill kit? Hmm, maybe the fact that it’s built into a black-cased housing suggests that it’s different on the inside?

Still, the kit is bundled with a compact 3.0Ah battery pack.

Max torque? They don’t say. Max speed? I can’t find this either. 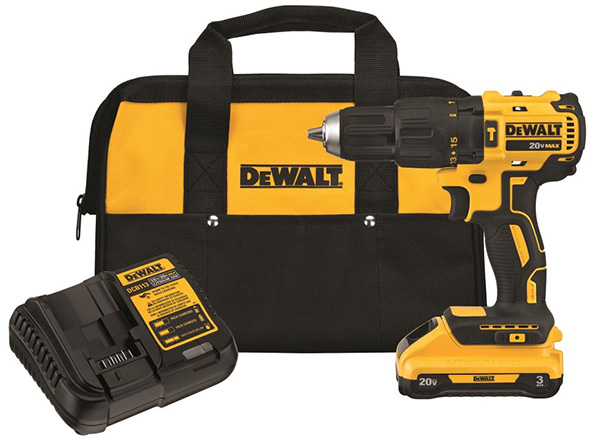 Acme Tools has a different product photo – theirs shows the drill kit as featuring the regular compact 3.0Ah battery that just came out. Maybe that photo is a placeholder and Home Depot’s is more up to date. Who knows.

Dewalt has never officially announced tools like this – the kind that are aimed at consumers and sold by the pallet during holiday season promos and sales. But we’ll ask a few questions and see if we can learn more.

From what I can tell so far, and from what I’ve seen in Dewalt’s other budget-priced brushless drill/driver kit, the new Dewalt DCD778L1 20V Max hammer drill kit will surely be a hot seller this Father’s Day. And for good reason too – priced at just $99, it’s an incredibly good value.

I would expect to see the price drop to $99 at other retailers very soon, as Father’s Day promos kick into full swing.