ToolGuyd > Power Tools > Saws > Hot Deal? Dewalt DWS715 12″ Miter Saw for $199 (H2019)
If you buy something through our links, ToolGuyd might earn an affiliate commission. 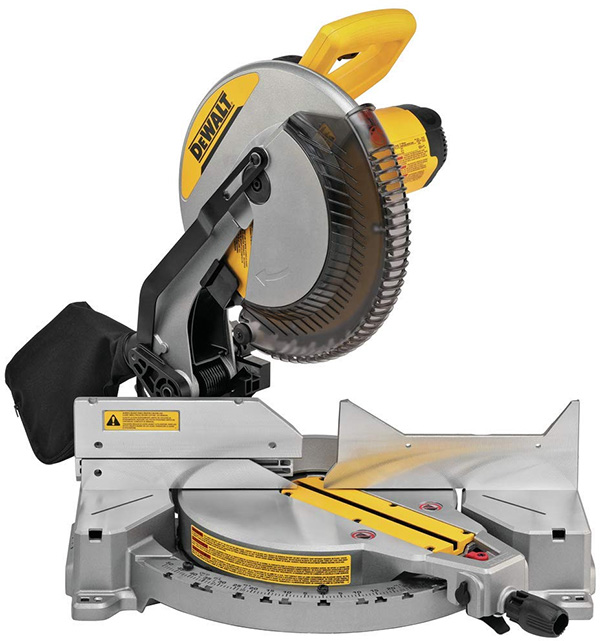 It appears that Dewalt has quietly updated their most basic 12″ miter saw, replacing the DW715 with the new DWS715. The new saw is a basic design – like its predecessor – and is surprisingly low-priced at $199. This is what the previous model sold for last year around this time.

It looks like the new DWS715 saw features some of the updates found in their DWS716 saws, such as an updated and higher visibility bevel scale.

The biggest attention-grabber here is the $199 price. The DW715 has hit this price before, and even dipped lower for Black Friday deals, but it’s uncertain as to what we’ll see with this DWS715 model.

Some of Dewalt’s miter saws have been relatively price-fixed, such as their DWS779  – a 12″ slider – that is hugely popular this time of year and retails for $349 during holiday shopping seasons.

I don’t know if miter saws and table saws are hugely popular purchases this time of year, leading to heavy promotions and deals, or if the deals made this time of year popular for such purposes. But I digress.

My experiences with Dewalt’s DW713 – which also looks to have been replaced with the DWS713 recently – led me to recommend both this model and the DW715 as a “better starting point” for DIYers. If the new models only feature updates and zero downgrades, they should be equally recommendable.

A lot of pros prefer sliding miter saws for their greater cutting capacity, but sometimes a 10″ or 12″ single bevel chop saw is all you really need, not to mention smaller, lighter, and less expensive.

I don’t know if I would call this a hot deal – is it? – but it certainly does look to be a good bargain.

Some online retailers have this saw for $215, and others have it for over $300. I wouldn’t bet on this saw selling for less than $199 for Black Friday 2019 or the following holiday season, but it’s certainly possible.