ToolGuyd > Power Tools > Saws > Black Friday 2014 Deal: Dewalt DWS782 12″ Sliding Miter Saw for $399
If you buy something through our links, ToolGuyd might earn an affiliate commission. 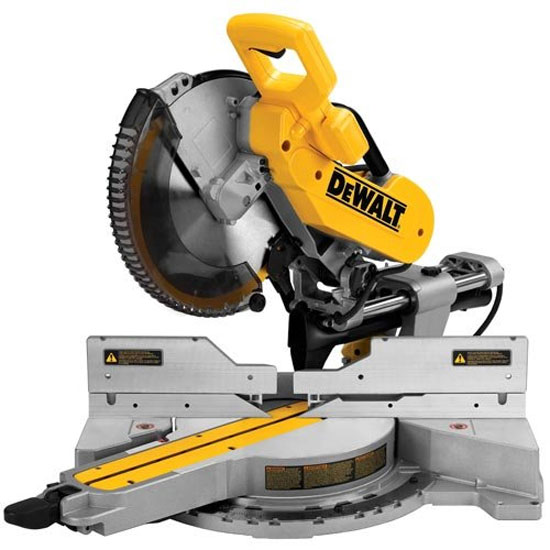 There are a few differences between the two saws, mainly how the DWS782 lacks the XPS LED module of the DWS780. I really like the XPS guide light on the DWS780 (more about that here), but don’t know if the DWS780 is worth an extra $200. The DWS782 also comes bundled with a cheaper blade.

I feel kind of weird posting about this as a Black Friday deal, but a couple of readers wrote in about it, and it seems that everyone thinks this is a BF or holiday deal. So who am I to argue?

The DWs782 came out last May, right ahead of Father’s Day, and so it’s no surprise that it has reappeared with the winter holiday shopping season.

Aside from the two main differences I mentioned, this saw should perform as well as the DWS780 miter saw, and that makes this a pretty good deal.

If you are the type to replace stock saw blades quickly, and don’t mind the absence of the stellar XPS LED cutting guide system, then you can save $200 on this saw compared to the regular model.

While I would like to say I would definitely buy the DWs782 over the DWS780, as $200 is a pretty sizable difference, I really haven’t made up my mind yet. Either way, I’m not in the market for a new sliding miter saw, and there’s no need for me to be definitive. If you’re looking for a 12″ slider, maybe my post about the  DWS780’s XPS system will help guide you either way.

This is a good saw for a great price.

As for the reader that asked about how much the DWS782 cost last Black Friday, this is the first Black Friday and winter holiday shopping season that it’s been on the market. As far as I’m aware, it has ALWAYS been priced at around $399 or so.