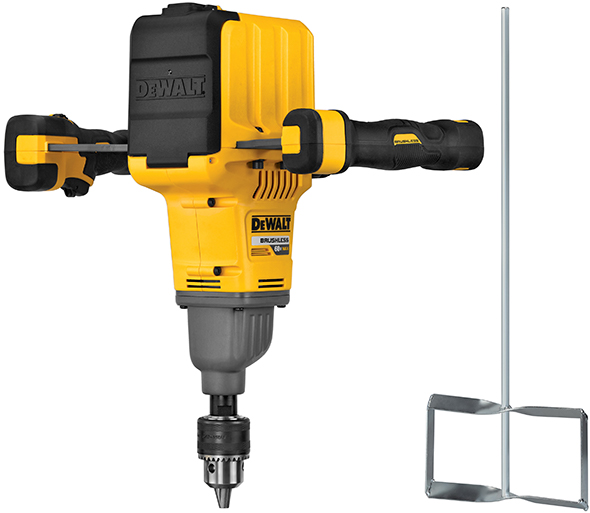 One of the other new FlexVolt tools Dewalt introduced at their 2017 Media Event was a 60V dual-handle paddle mixer, DCD240. They designed this cordless mixer for mixing thinset, mortar, and concrete, but there’s no reason you couldn’t use it to mix drywall mud or other lighter materials.

The mixer uses the 60V output of a FlexVolt battery to drive a brushless motor up to 1600 MWO. Keep in mind this is not the same measure of Watts that we talked about in the Dewalt Rear-Handled Framing Saw post, but Dewalt’s own measure of power.

The motor spins the chuck from 250 to 700 RPM, and has a soft-start feature to make the mixer easier to control. The chuck is a 5/8″ keyed variety that is large enough for most common paddle sizes. 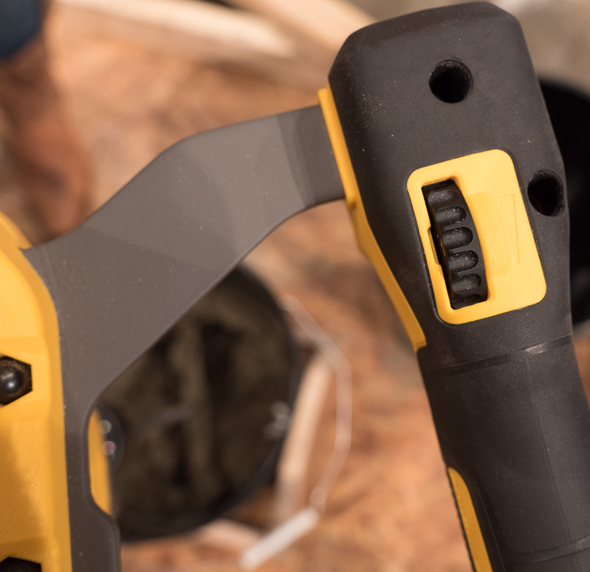 The mixer has two outrigger-style rubber over-molded handles. Both the variable speed dial and the dual-action trigger are on the right handle. 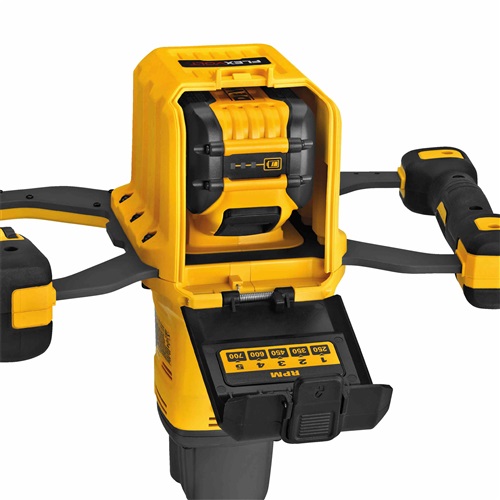 Above, you can see the battery compartment has room for the 9Ah FlexVolt battery. A spring-loaded cover seals the battery and terminals, protecting them from any splashback. 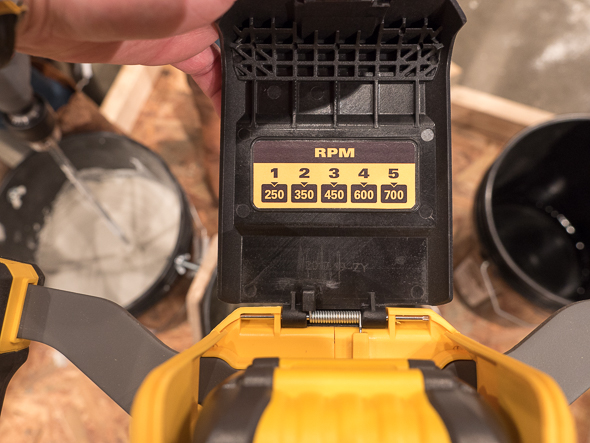 Inside the cover, Dewalt has provided a handy-dandy chart that tells you which number on the dial corresponds to which mixing speed. 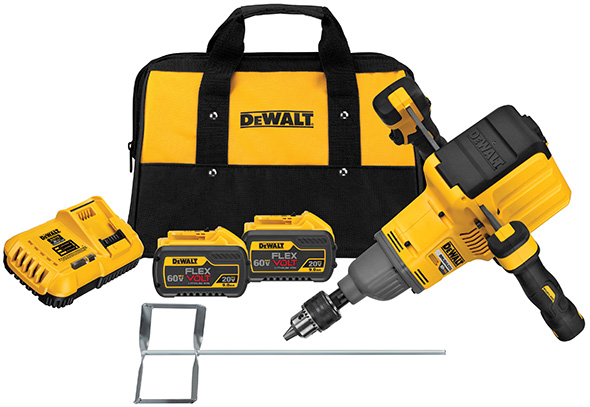 Here’s a short demonstration of the Dual Handle Paddle Mixer  from the 2017 Dewalt Experience media event. I believe that she’s mixing mortar.

Both Stuart and I were able to try the mixer. His comment in the event wrap-up post was: “it’s incredibly powerful while still being manageable to use. The controls were especially convenient to access.” I’d definitely agree.

I can’t remember whether I tried mixing mortar or concrete, but the mixer was smooth and the motor showed no signs of being strained even at the highest speed. Even with the widely spaced outrigger handles, you could feel that there was a huge amount of torque their demos weren’t tapping into. 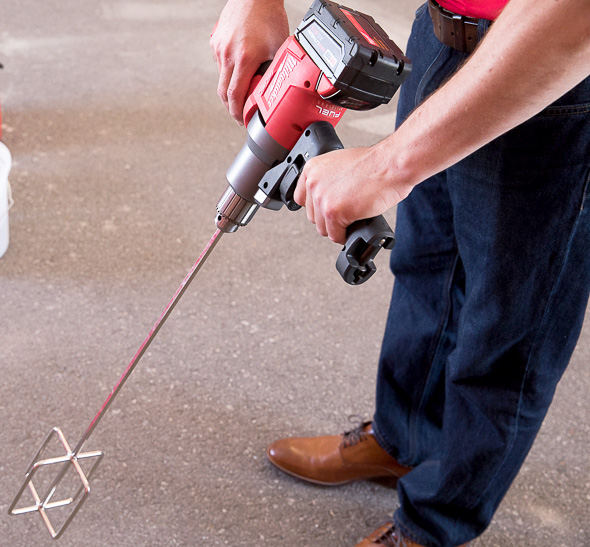 Dewalt’s introduction of this tool might have you wondering if this mixer is competition for Milwaukee’s mud mixer. While the Milwaukee mixer says that it can mix concrete and mortar, it is called a “mud” mixer, so it’s primarily aimed at drywall guys. Also they choose a more portable and compact design than Dewalt’s paddle mixer.