Dewalt has recently announced updates to 3 different FlexVolt cordless power tools. The new FlexVolt tools are described as being enhanced, as they’re updates to 3 existing models rather than being all-new designs.

These tools will feature performance improvements and new kit configurations.

Performance enhancements are achieved through higher-power motors, new software, and new controls. The kits will feature 9.0Ah batteries instead of 6.0Ah batteries.

The different in performance claims are described as being for when the 9.0Ah battery is used vs. when using the 6.0Ah battery.

Upgrades to these three tools continue the legacy of efficiency in heavy applications, with added power and long runtime. In other words, three of “our most powerful tools just got better”. 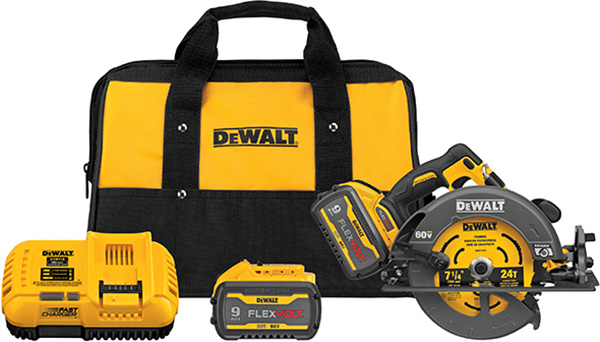 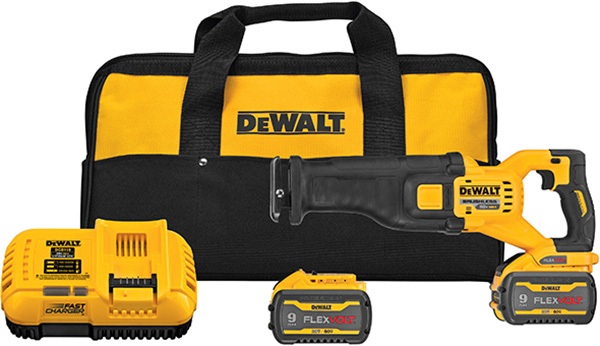 The new reciprocating saw is said to be up to 19% more powerful than the previous model (DCS388). 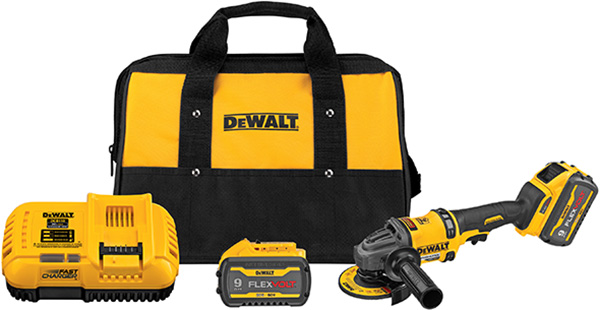 Dewalt says the new FlexVolt grinder will be up to 30% more powerful than the original model, DCG414.

What’s not to like about a bump-up in performance?

I’m hoping that the bare tool pricing will soften a little bit. $249? That’s a bit steep; maybe the street pricing will be lower. Or, maybe the bare tool pricing will be high for a bit to ensure the current/predecessor models continue to sell. The 1-battery kits being priced at $299 is quite good, as it gives you more performance and a larger battery without a price hike. It does look like you get a different charger than FlexVolt tools are currently kitted with, at least for the 1-battery kits.

The press photos, shown above, show a 2-battery kit configuration that looks to have the same yellow-colored fast charger as other current FlexVolt kits. 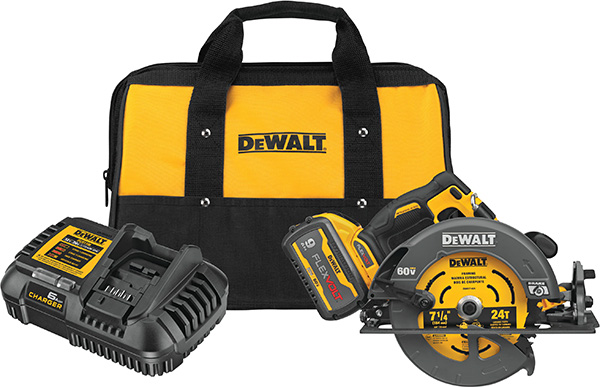 So, with the 1-battery FlexVolt kits, it looks like you get a slightly slower but more versatile charger, and a higher capacity battery. The 9Ah battery doesn’t just have 50% more charge capacity than FlexVolt 6.0Ah batteries, it also features larger form factor cells, which presumably provides a performance boost as well.

The newly updated FlexVolt cordless power tools can be operated with 6.0Ah FlexVolt batteries, but it seems that they’re really designed with the 9.0Ah batteries in mind.

Dewalt has been known to make rolling changes to their power tool designs, but I suppose performance enhancements and new kit configurations required new model numbers to avoid confusion.

Can you believe that Dewalt first launched their FlexVolt system in 2016? They’ve expanded the line with a couple new tools in the 3-1/2 years since the line was first announced. I wonder what other new FlexVolt cordless power tools or equipment might be in store for 2020.