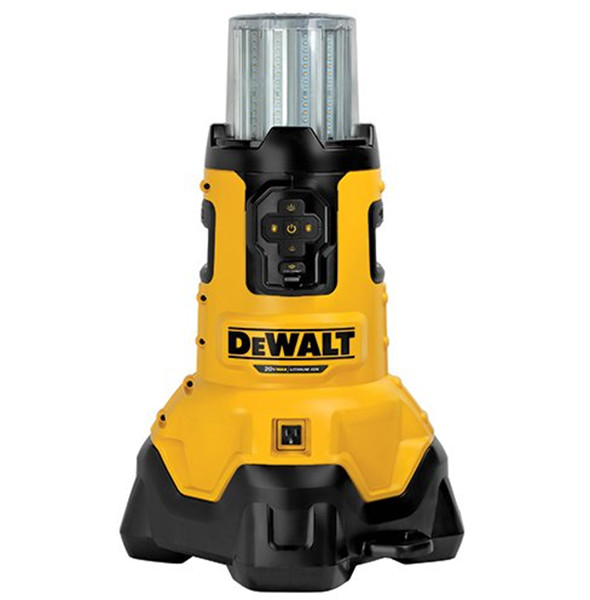 It looks large, and that’s because it is. I had limited time with it at the Dewalt media event, and by limited time, I mean I snapped some photos and hit the power button a few times.

Before we talk more about, let’s talk about its battery pack compatibility. Although described as part of the Dewalt FlexVolt cordless power tool family, it is also a 20V Max tool that can work off Dewalt’s higher capacity battery packs and presumably their compact batteries as well.

The DCL070 is BRIGHT. It can deliver up to 7,000 lumens, and can be dimmed to as low as 500 lumens, which is in the ballpark of what a typical 40W equivalent LED bulb puts out. This makes it extremely bright, but also manageable. 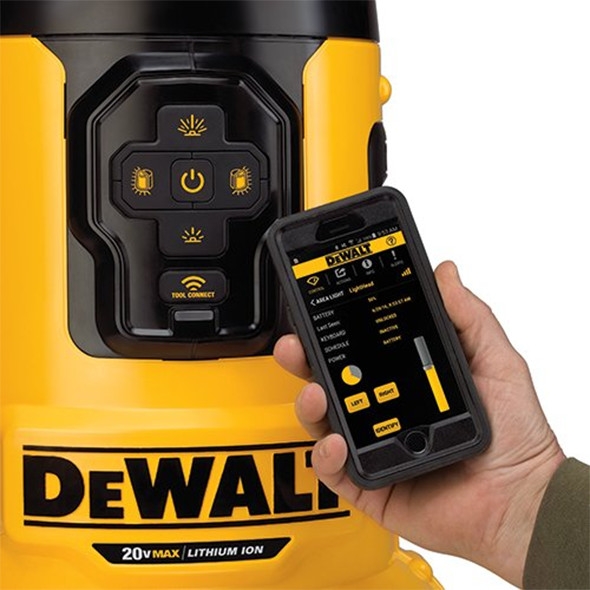 You can control everything through the onboard control panel, but the Dewalt FlexVolt LED area worklight can also be controlled via a Bluetooth-connect smartphone.

It’ll be interesting to see how the Dewalt DCL070 compares with the Milwaukee M18 Radius LED worklight with One Key controls. There’s a big difference in size and intent between these two models, with smartphone controllability being one of the few commonalities, but it’s still a comparison I’m looking forward to seeing. 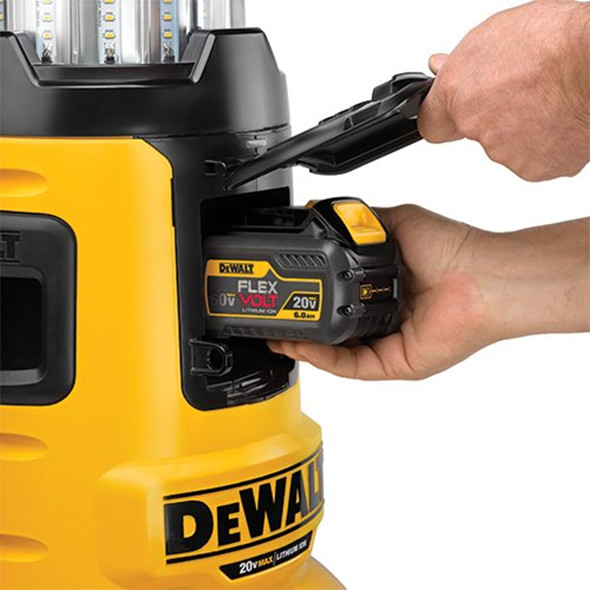 The Dewalt FlexVolt DCL070 LED area light can be powered by a standard AC extension cord, and of course battery power is an option. Here, you can see the worklight’s battery compartment lid, lifted so that a FlexVolt battery pack can fit inside.

Oh, and that extension cord power option? Each unit has pass-thru connections, so that you can daisy chain multiple DCL070 LED lights together. Maybe you can plug in something else (I doubt it), but it would have to be light duty. 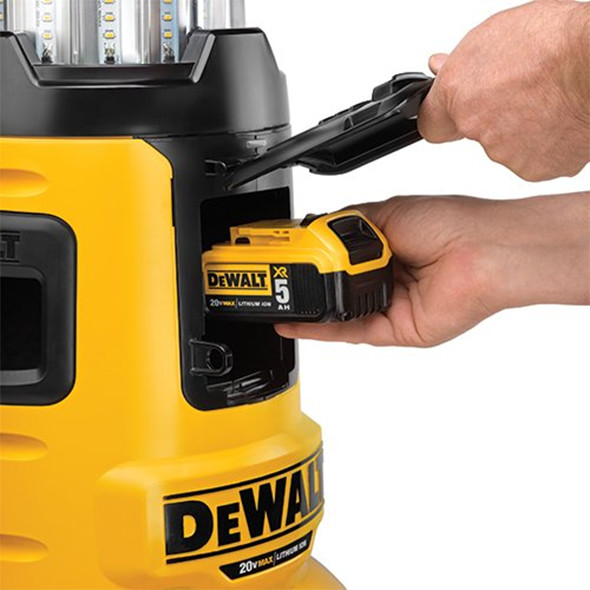 If not, consider the starter kit, which comes with a FlexVolt battery pack. 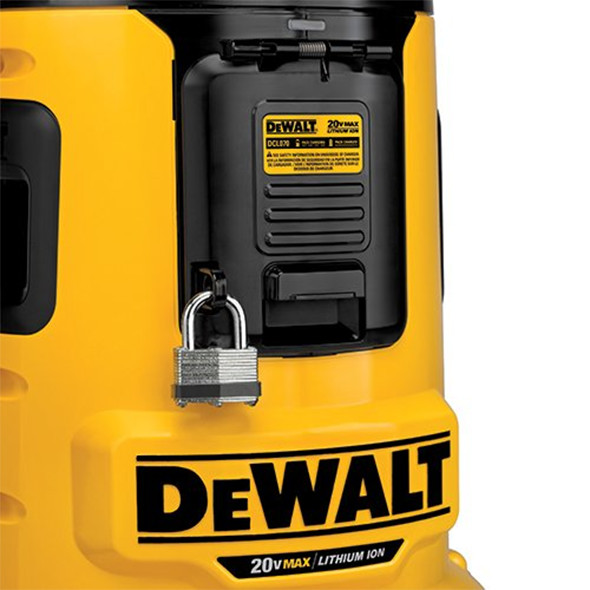 You can lock out the battery compartment, which I guess could be useful when setting up in public or publicly-accessibly work spaces.

Dewalt engineered the DCL070 to be weatherproof, to IP54 standards. IP54 means it is dust protected, but not entirely dustproof, and can withstand splashes of water.

And because users might sometimes need multiple units, the Dewalt DC070 FlexVolt area worklight can be stacked on top of each other for easier storage.

I remember noting that the DCL070 area worklight put out a LOT of light. I didn’t have an opportunity to try out the Bluetooth controls, which would work with a Dewalt Connect app, and I remember there being dimming and directional adjustments.

I don’t recall any mentions of runtime, but using the directional settings and lower light output levels will stretch things out. It’s also a convenience to be able to string together multiple worklights via common extension cords.

These lights are pricey, and unless I’m mistaken, they’re the more expensive cordless-capable LED worklights on the market. Festool’s wired SysLite Duo with tripod comes close, at $435.

But you do get a lot for your money. In person, and in Dewalt’s product imagery, these lights look tough and durable. You have massive light output, up to 360° of light spread, control over brightness levels and illumination directions, and remote control via Bluetooth. There’s also the cordless and corded power options, and daisy chainability with extension cords.

There are cheaper options out there, and many other Dewalt models to choose from, but none can deliver the full feature set of the DCL070. Yet? As mentioned, the Milwaukee M18 Radius with One-Key might come close.