ToolGuyd > Power Tools > Cordless > Dewalt FlexVolt Miter Saw and Portable Table Saw Bundle Deals of the Day (9/12/2018)
If you buy something through our links, ToolGuyd might earn an affiliate commission. 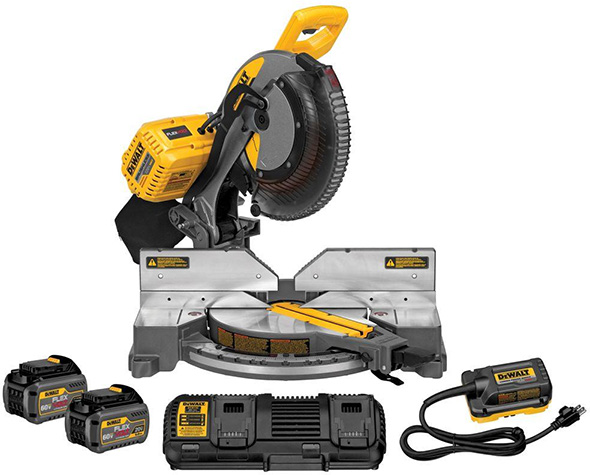 Over at Home Depot, their special buy deal of the day features select Dewalt offerings.

The Dewalt FlexVolt DHS716AT2 12″ compound miter saw kit, with charger, (2) FlexVolt batteries, and AC adapter, is on sale for $399. Amazon is matching the price.

This is the non-sliding model.

It’s actually less expensive than the similar corded-only Dewalt miter saw that has been on my shortlist for a miter saw station. I was going to wait to see if the DW716XPS would go on sale for the holidays, but with this, I’d get a 12″ miter saw with AC adapter, and the ability to swap the AC adapter for FlexVolt batteries if I needed to use it cordless in the future. Seems like the best of all worlds.

I should point out that this saw has been discontinued, at least according to a conversation I had with Dewalt. So that’s probably going to factor into my purchasing decision. 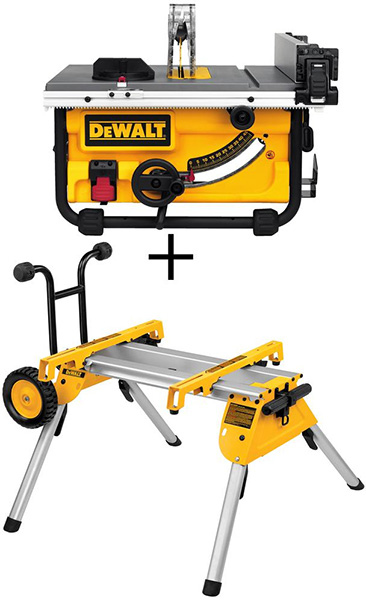 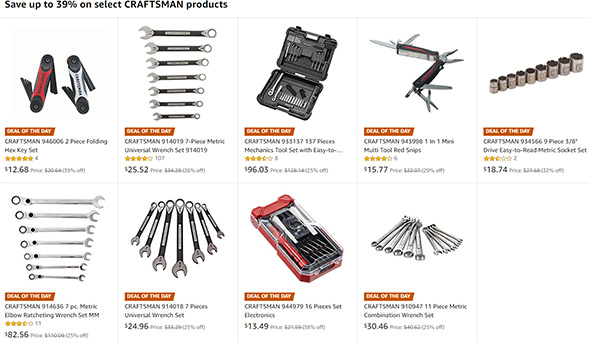 Home Depot and Amazon deals of the day both end at 3am ET 9/13/2018, unless supplies sell out sooner.