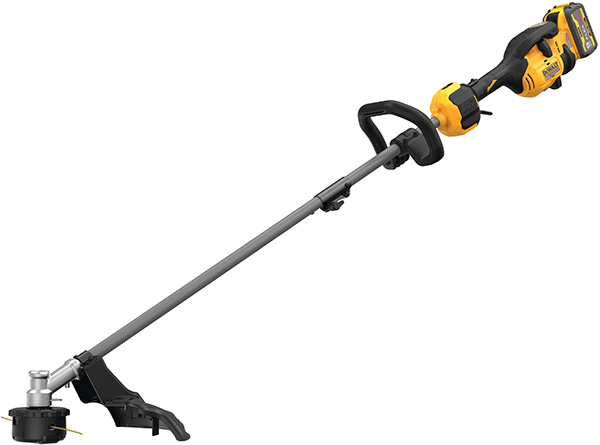 We happened across what looks to be a Spring 2021 sneak peek – a new Dewalt FlexVolt modular cordless outdoor power tool system.

Tool Nut has a listing for the Dewalt DCST972X1 FlexVolt brushless string trimmer kit, and it’s described as being “attachment capable.”

Then, in the optionally add accessories listing, there are 5 new compatible attachments that you can swap with the string trimmer head. 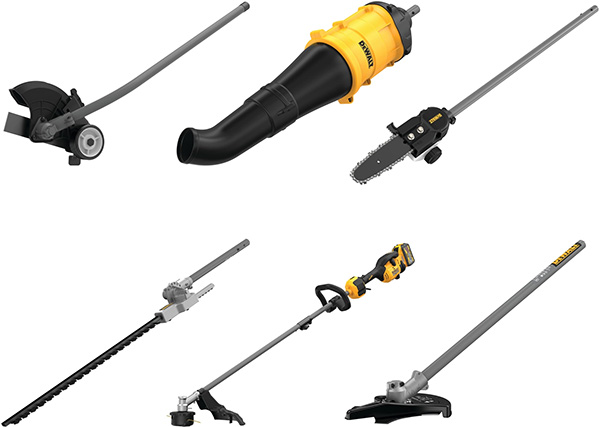 Here are all of the attachments that are launching as part of this system – that we know about so far:

Dewalt has not provided any press materials about these new tools yet, and so we’re limited by the details available in the product listings.

And yes, we also know that Dewalt has new mowers coming and also a new cordless washer. Press and media information is not yet available, but I was told to expect details early this year.

The FlexVolt “attachment capable” power handle is said to be highly adaptable in that it has a universal attachment capability to accept additional tool pieces.

That this system is part of the FlexVolt cordless lineup makes sense, as it means there’s no compromise on power that might have been true for the 20V Max lineup, although you’re still limited to the same watt-hour battery sizes as in other brands’ 18V cordless systems.