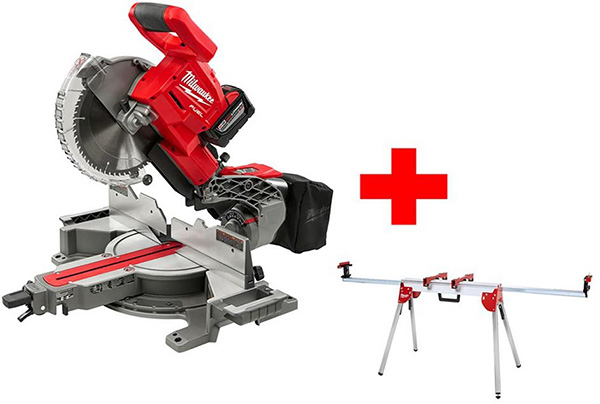 Over at Home Depot, they have a bunch of PRO-focused special buy tool deals of the week, ending today, 12/8/19, featuring Dewalt, Makita, and Milwaukee cordless power tools, Empire levels, and a lot of other misc. pro tools and supplies.

There are some accessories on sale as well, such as a large Milwaukee Hole Hawg hole saw set. Graco airless paint sprayers are also on sale.

Unfortunately, some of the best deals sold out earlier in the week, and have not returned in stock. For instance, there’s a sold-out deal on a Dewalt FlexVolt cordless table saw bundle that came with a bonus 2-pack of 6.0Ah batteries.

At this time, there are still a lot of good bundles. Here are some examples:

I pointed out a couple of deals that stood out to me, maybe you’ll find something else that you’ve been looking for a deal on.

Most of these deals look to end today, at 3am ET 12/9/2019, unless supplies sell out. The Empire deal bundles and Milwaukee cordless LED lighting specials don’t look to have the same end-date.

There are also a number of deals on Porter Cable 20V Max cordless power tool combo kits, which I found unusual since I didn’t think Home Depot sold any Porter Cable tools or accessories.