ToolGuyd > Power Tools > Cordless > Dewalt Next-Gen Compact Brushless Drills & Drivers are Now Available!
If you buy something through our links, ToolGuyd might earn an affiliate commission. 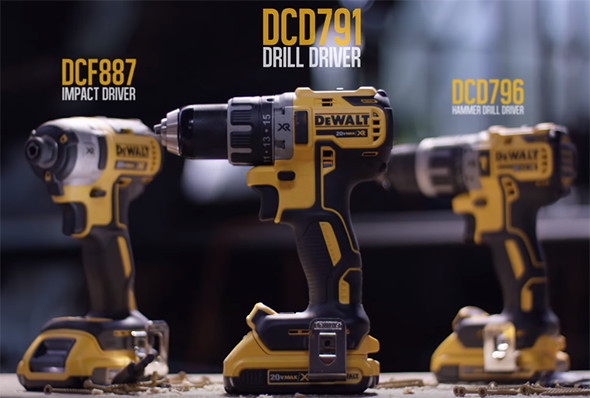 Dewalt’s newest 20V Max brushless drills and drivers are here! By here, I don’t mean here at ToolGuyd (bummer), I mean they’re available at Amazon and presumably other retailers, and ready to ship out.

These new Dewalt brushless tools aren’t very different from preceding models, at least not in the way of groundbreaking features, but do offer notable improvements.

It looks to me that these new models will be replacing Dewalt’s first generation of compact brushless drills and drivers.

You Might Like This: How Dewalt Brushless Drills are Built in the USA, and More from my Factory Tour 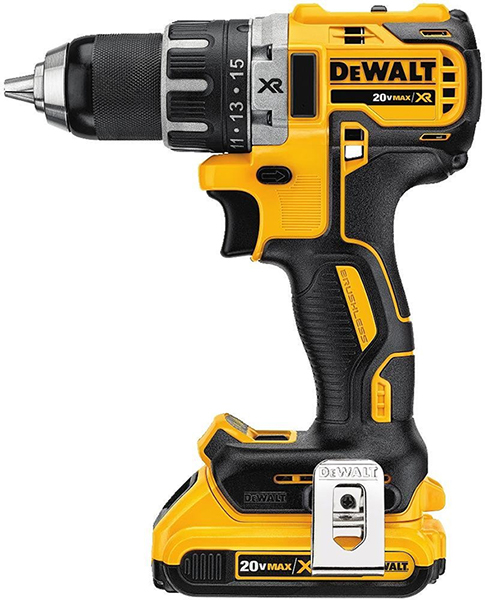 In our sneak preview of the DCD791 drill and DCD796 hammer drill, we mentioned how the new drills are said to be more compact, more powerful, faster – in terms of application speed – and they have beefy 60 lumen LED worklights that can be used as a task lights for up to 20 minutes.

Sounds good to me.

These prices are the same as we’ve seen for the previous models, DCD790 and DCD795. 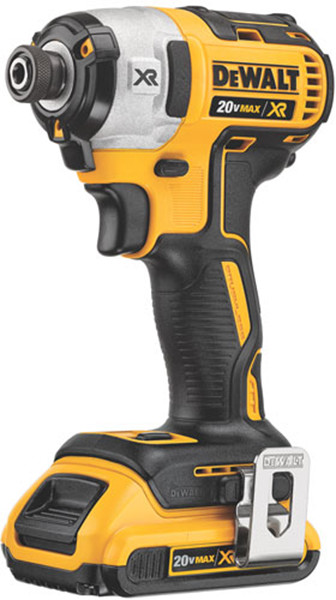 In our preview of the Dewalt DCF887 brushless impact driver, we mentioned how the new DCF887 is a lot like the DCF886 – our editor’s choice for Best Cordless Impact Driver – but with 3 speeds and more power (1825 in-lbs max torque).

I’m a big fan of multi-speed impact drivers, because it allows you to easily reduce the torque and speed levels when working with smaller fasteners. Experienced users can get by with excellent trigger control on single speed impacts, but I prefer the convenience of multiple settings.

The new impact is also a teeny tiny 2 mm shorter than the previous version.

The pricing for the new model is the same as the previous model, DCF886, although the DCF886B bare tool is currently $10 less on Amazon.

Will you be buying any of these new brushless tools?