This year… something crazy is happening at Home Depot – there are two separate tool Dewalt cordless multi-tool deals, seemingly competing against each other.

I am so very confused about this and am struggling to come up with a sound explanation. Eh, I’m going to give up on reasoning and just tell you about these deals, both of them very good bargains.

Milwaukee Tool fans – this other deal is for you.

This is an update to the very well-regarded DCS355, which was a main-line tool and also featured in single battery kits for a couple of years.

This promo kit, DCS354D1, comes with the tool, charger, sample blades, and a single 2.0Ah battery.

I don’t see mention of a tool bag – shown above is everything you can expect to get. 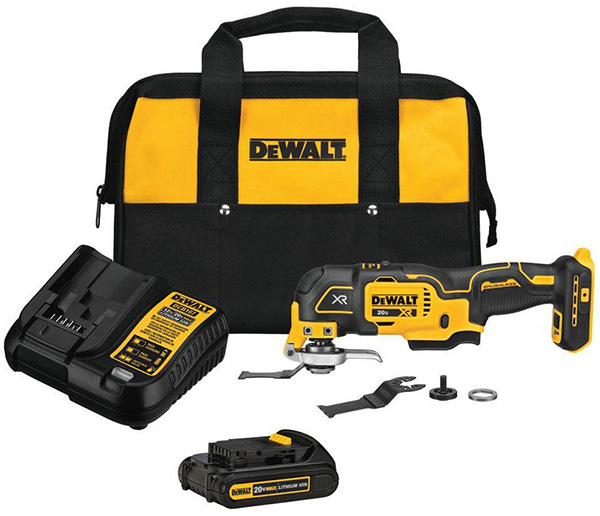 Next, we have the Dewalt DCS356C1, a 3-speed brushless oscillating multi-tool kit.

Basically, the DCS354 is the single-speed version, the DCS356 is the 3-speed version with XR branding that usually denotes a more premium Dewalt cordless power tool product.

You get the tool, a 1.5Ah battery, charger, starter blades, universal accessory adapter, and a tool bag.

Which Should You Buy?

This is what Dewalt said about the DCS356 when we asked about the differences:

The main differences between the ATOMIC and the 356 are the 3-speeds, the lower oscillations (clipped through the module), and the black lever for the blade change.

For the DCS356, we changed the software and added 3 speeds, but it will still have variable speed in the trigger. The 3-speed selector on the foot offers better control, in allowing users to set the max high speed with the selector instead of trying to hold the trigger switch partially in.

Basically, the DCS356 is a more featured tool with speed control settings, in addition to a variable speed trigger switch.

Personally, I’d go for the better tool, the DCS356. If you buy into the Dewalt 20V Max cordless power tool system, you’ll have more batteries and probably higher capacity batteries, either already or down the road.

If you change your mind down the road, you can always get more batteries to complement the one you get with this kit. You could also upgrade to the 3-speed tool if you instead choose the single speed model, but the bare tool by itself is $139 via Amazon (price check) and other retailers.

Yep – the bare tool featured in this $99 promo kit costs $139 by itself… and that’s partially why this is always a hugely popular deal.

This is the one I’d buy:

Do you agree? Or would you go with the single-speed kit that’s bundled with the higher capacity Li-ion battery?

In Case You Need Multi-Tool Blades… 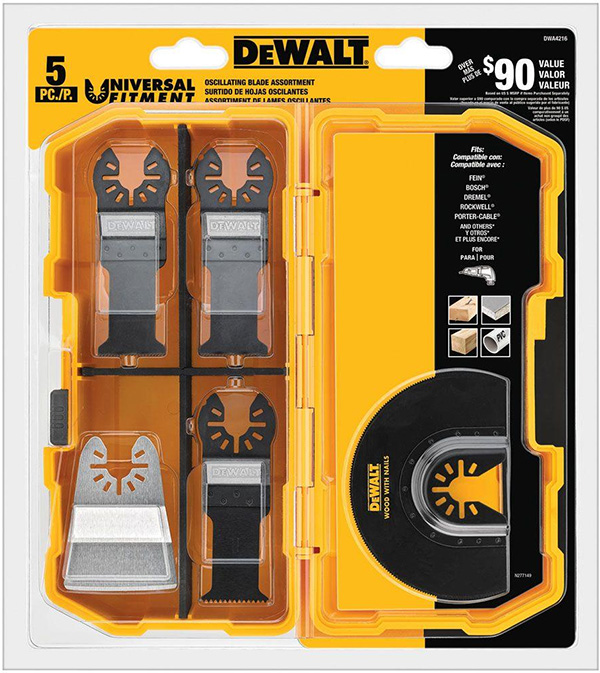 Don’t forget that this Dewalt oscillating multi-tool accessory set is on sale right now for $25.