ToolGuyd > Power Tools > Cordless > Is Dewalt’s New Best Cordless Hammer Drill a Worthy Upgrade?
If you buy something through our links, ToolGuyd might earn an affiliate commission. 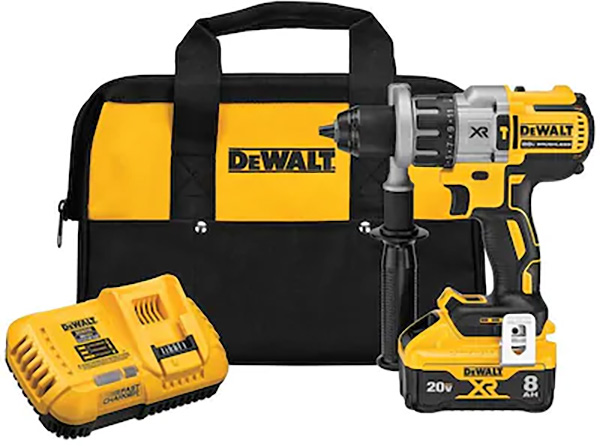 After I posted some more information about the new Dewalt Power Detect cordless power tools last week, a tough question came in.

I use my 996 which is almost brand new with a 6amp 60v I want the best of the best is it worth it to upgrade to the power detect? thank you!!

If you want the best of the best that Dewalt has to offer, then yes, the DCD998 hammer drill will do that for you. Compared to the DCD996, the DCD998 can deliver up to 29% more power.

Is it worth it though?

Right now, if you have a DCD996, and are debating about the DCD998, that indicates that there’s more of a want than a need. The DCD998 kit is just only launching now, and so it’s at full pricing. If you’re on the fence about the small upgrade, then sit on the decision for a while.

The pricing of newly launched tools doesn’t soften up very quickly, but there might be a promo or discount that makes the upgrade a little easier on the wallet. If you don’t need the bump-up in power, which is delivered when the DCD998 is paired with the 8Ah battery (as included in the DCD998W1 kit), then why not wait.

But I can’t wait. Okay, that means it might be more of a need, and you could buy it now.

The price is unlikely to go up from the launch price, and it’ll be a while until the bare tool is available. Frankly, there’s no harm in waiting a little bit, and if there is, then don’t wait.

Right now Lowe’s is the only place you can buy this kit, but I believe this and other Dewalt Power Detect cordless power tools are heading out to other retailers this month. 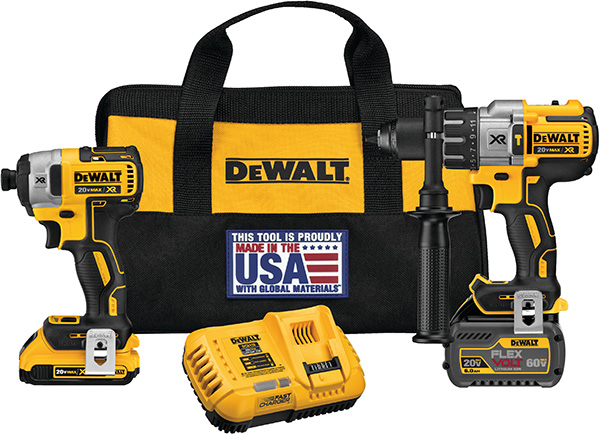 The Power Detect hammer drill delivers up to 29% greater power. This combo kit gives you entry to the FlexVolt lineup – if you choose – and a very capable impact driver, in addition to a hammer drill that’s usually very good and highly capable.

Having a more powerful Dewalt 20V Max cordless hammer drill available is a good thing. But unless you’ve been regularly maxing out the DCD996, repeatedly pushing it to its limits, it’s okay to wait. Using Dewalt’s second-best cordless drill or hammer drill isn’t a bad thing. Having access to more power is usually good, but there’s no reason to rush into things.

P.S. I just received a test sample from Dewalt (thank you!), and will attempt to answer the is it a worthy upgrade? questions from a power and performance standpoint. I expect the answer to remain at yes, if you need all the power you can get, but it will be definitely still be interesting to see how up to 29% more power translates with respect to speed and performance.