ToolGuyd > Power Tools > Grinders & Sanders > New Dewalt Random Orbit Sanders
If you buy something through our links, ToolGuyd might earn an affiliate commission. 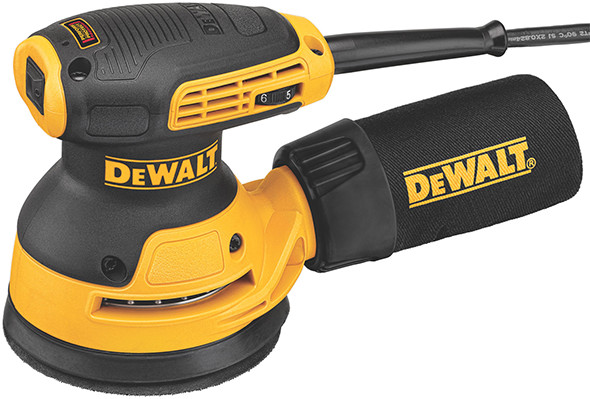 As briefly discussed in our Dewalt 2015 new power tools, nailers, and drill bits preview, Dewalt has now come out with 2 new 5-inch random orbit sanders. One features a variable speed motor (DWE6423K), and other a single-speed motor (DWE6421K).

Although I’ve never really been into Dewalt sanders (I own Bosch, Ridgid, and Festool sanders), I know them to be quite popular with users. Both previous models, the variable speed D26453K ($79 via Amazon) and single speed D26451 ($58 via Amazon), received very high ratings on Amazon.

Surprisingly, the previous single speed model received just as many reviews as the variable speed model, indicating that it might be just as popular. 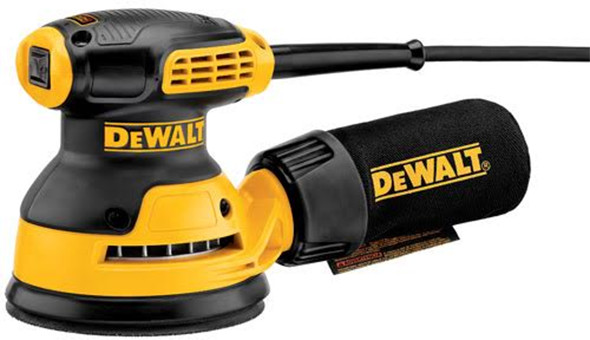 Both of the new sanders are lower in profile than the previous sander, which should make them easier to control. It might make them more comfortable to use too.

Dewalt boasts about the sanders’ lower vibrations, 2.5 m/s^2, which should help to reduce hand and arm fatigue during those long sanding sessions. The vibration dampening is accomplished thanks to a separate counterweight inside the tool housing.

Both sanders are powered by a 3A motor, and also feature a 1-hand locking dust bag, 5-inch hook and loop platen, a dust-sealed power switch, improved dust collection, and a vacuum dust collection port.

I had a very limited opportunity to check out the new sanders at Dewalt’s media event last spring. By limited, I mean that I powered it on, moved it around, and turned it off. Without actually using one yet, I could tell you that the center of gravity is nice and low, and it felt comfortable to wave around.

While not as low profile as Dewalt’s previous low profile sander, which has been discontinued, these new sanders are noticeable shorter than the taller previous generation of sanders.

These sanders aren’t super premium, but they felt sturdy. I’ll get my hands on one to put through its paces, and will let you know if my impression changes.

At a time when power tool brands focus mainly on cordless innovations, it’s nice to see Dewalt doing something to refresh some of their corded power tools.

Update: These are decent sanders for the money!