ToolGuyd > Storage & Organization > Let’s Talk About Dewalt Tool Carts
If you buy something through our links, ToolGuyd might earn an affiliate commission. 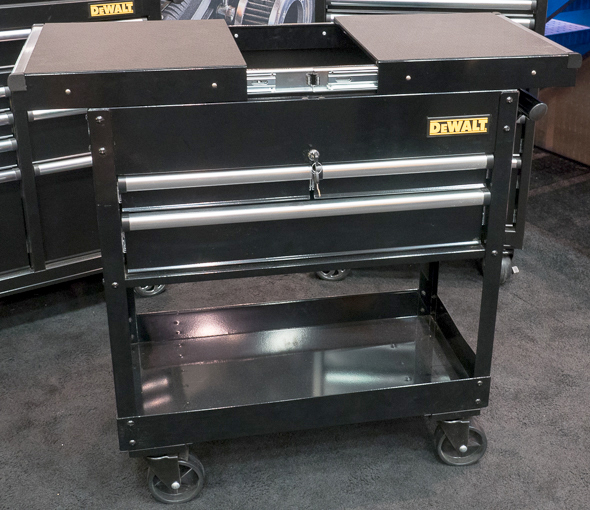 With all of the interest we’ve been seeing about the new Milwaukee tool cart, but also the comments about how much it costs, it seemed like a good idea to talk about some alternative options. But before I start working on a roundup post that looks at different brands and configurations, it seems like a natural choice to take a renewed look at tool carts from Dewalt, Milwaukee’s top competitor in quite a few different tool categories.

First up is the Dewalt utility tool cart with sliding top, model DWMT78088. After it was first announced, I received so many emails asking about this tool cart.

This Dewalt tool cart features two drawers, each with 100 lb load ratings, and a sliding top that separates so that you can access easy-reach hand tools and supplies. The top surface gives you a temporary work surface, or a way to transport something bulky, while the inner compartment holds tools that would otherwise slide off a smooth top level.

Dewalt says that the top surface is padded to protect the tool box and to provide a work surface. The sliding top is lockable.

At the bottom is a lipped storage area, for bulky tools and supplies. 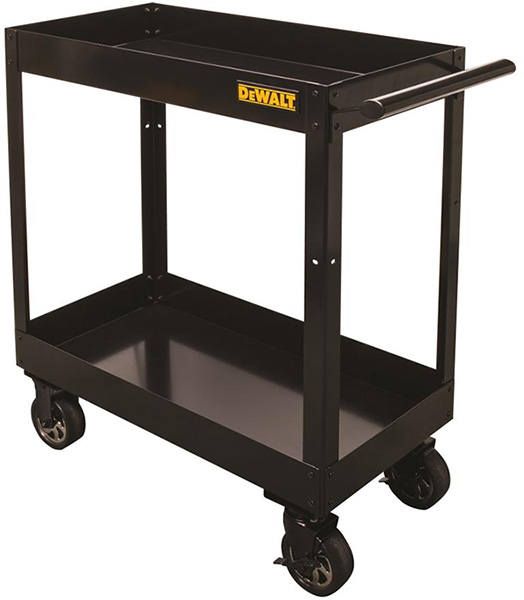 Next up, here’s a Dewalt “basic utility cart,” model DWMT78086. It has two 3″ trays, and can support up to 500 lbs of evenly distributed weight.

This is aptly described as a basic utility cart, but sometimes that’s all you need.

I learned something just now, when searching to see if there were any International tool carts that resembled these Dewalt tool carts:

Some of Dewalt’s prior steel tool storage products appeared to have been manufactured by SPG International, and these tool carts have many of the same characteristics, such as the shape and attachment of the side handle. SPG International declared bankruptcy last November, and it looks like they have sold their assets as part of a liquidation process.

So, these tool carts might be a “now or never” purchase, but also replacement part availability might be uncertain. This *could* be a “last call” of sorts. We reached out to Dewalt for more information, and will update the post once we hear back.

We are changing manufacturing facilities and will continue to support the DEWALT Utility Cart platform, including those SKUs. There is still stock in our warehouse and we don’t foresee a disruption in the ability to buy these carts.