ToolGuyd > Power Tools > Cordless > Dewalt Tool Deals of the Day: 3 Cordless Power Tool Bundles, 1 Mechanics Tool Set, 3/13/2019
If you buy something through our links, ToolGuyd might earn an affiliate commission. 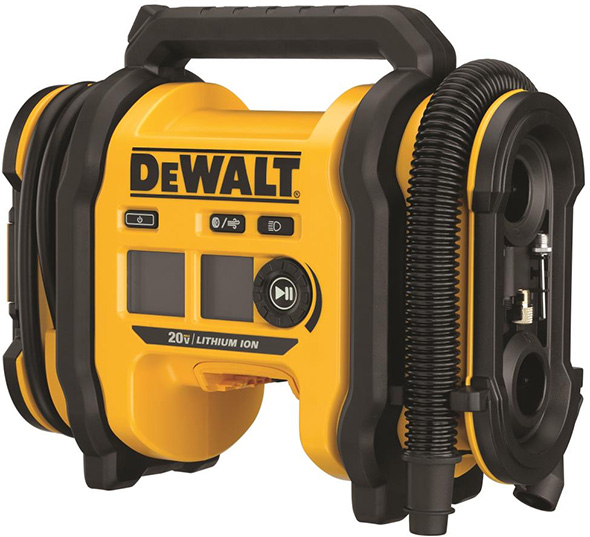 Over at Amazon, they have a couple of Dewalt tool deals, valid today only. 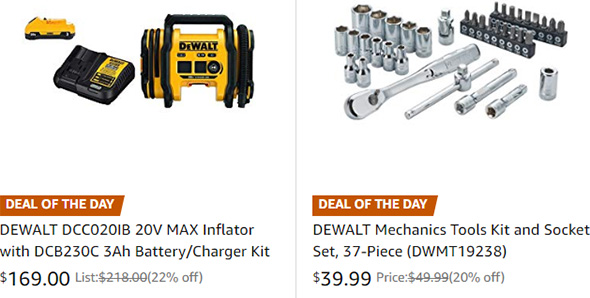 The cordless inflator has a list price and is currently $89 at Acme Tools. $169 for the combo bundle is an okay deal. The street price for the bare tool inflator is $105 at Amazon, and $109 at other authorized dealers. A 2-pack of the compact 3.0Ah batteries is $121-$149 at Amazon. While the inflator bundle is a good deal, the other Dewalt cordless power tool deals of the day have greater discounts on that battery and charger bundle.

Update: While not in stores (at least not around here), Home Depot still has their Black Friday 2018 $99 bare tool plus 1.5Ah bundle in stock online. That special buy doesn’t come with a charger. 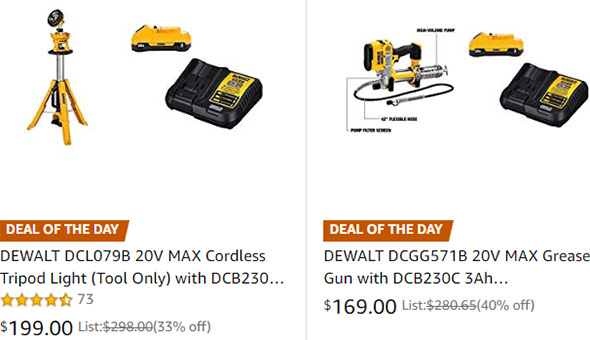