ToolGuyd > Hand Tools > Mechanics' Tools > Check out This Dewalt ToughSystem Mechanics Tool Set and Tool Box Bundle!
If you buy something through our links, ToolGuyd might earn an affiliate commission. 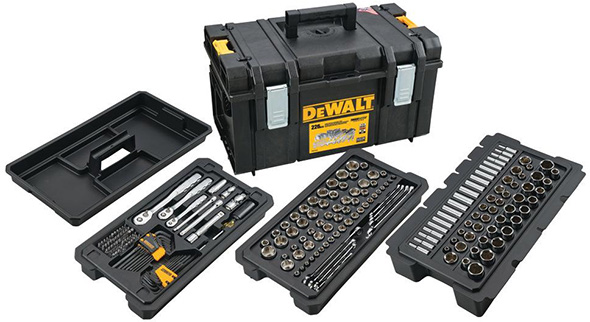 What we have here is a Dewalt mechanics tool set (DWMT45226H), and it’s packaged in custom trays that stack together neatly inside of a ToughSystem tool box. 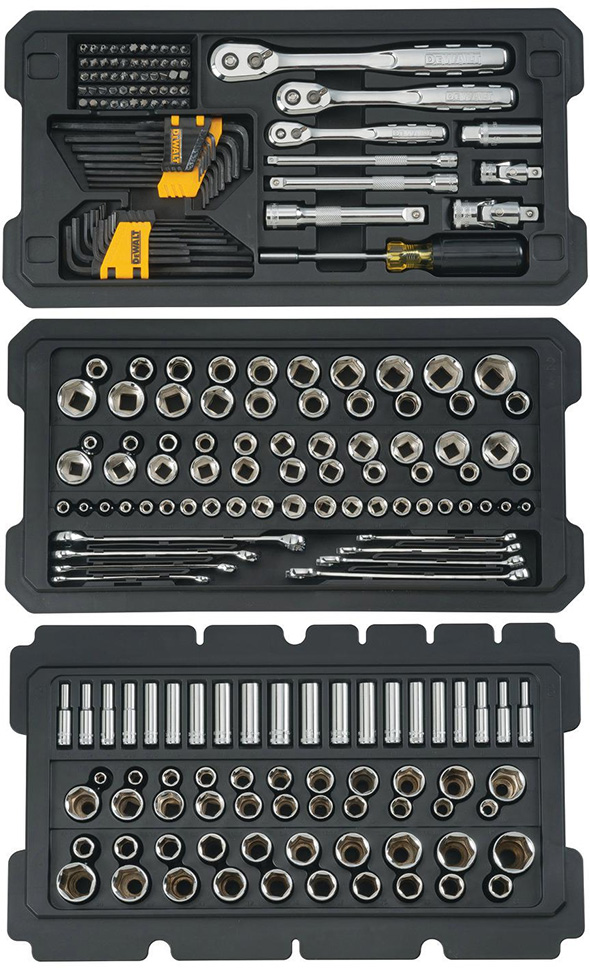 The Dewalt tool set comes with 226 pieces, including 1/4″, 3/8″, and 1/2″ square drive ratchets and accessories, 6pt sockets, some wrenches, hex keys, screwdriver bits, and other odds and ends.

The Dewalt ratchets have 72 tooth ratcheting mechanisms, and the full-polish sockets have knurled “beauty rings” to reduce slippage when spinning them by hand. 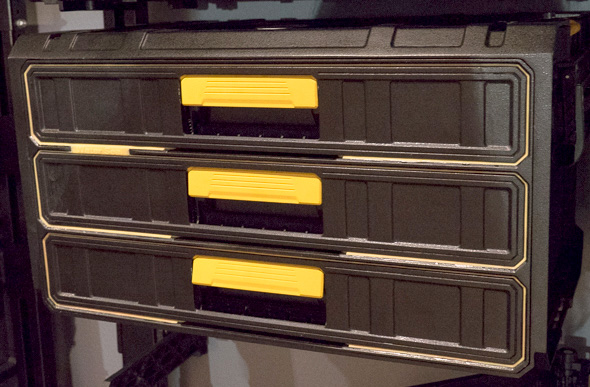 Personally, I’d be willing to spend spend a little more for Dewalt’s ToughSystem drawer box. The 2-drawer unit started appearing last year, although I have yet to see it in person anywhere. Dewalt showed off a 3-drawer unit a few years ago at their last media event (August 2017).

But, stacking trays that fit inside a Dewalt ToughSystem tool box – included – seems like a better idea than blow molded cases or other plastic boxes that don’t allow for as much versatility.

Home Depot’s product description talks about 1/2″ drive impact sockets, but that appears to be an error.

From the images, I can’t see size markings in the plastic trays.