ToolGuyd > New Tools > Dewalt TSTAK Tool Boxes and Organizers
If you buy something through our links, ToolGuyd might earn an affiliate commission. 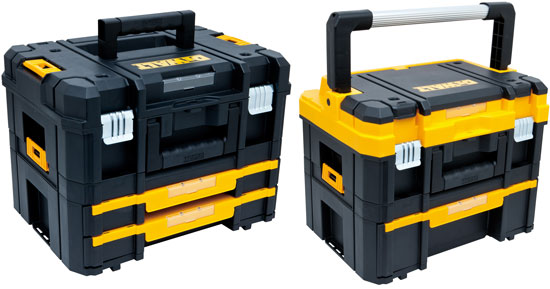 Dewalt has just announced a new line of TSTAK modular tool boxes and organizers. The Tstak storage products are sleek and compact, in contrast to the tough and industrial-looking ToughSystem tool boxes Dewalt released around this time last year.

The appeal of modular storage units is how they stack and lock together to create a cohesive storage system. This saves space and improves organizational efforts at fixed shop locations and at jobsites. Modular tool boxes and organizers are hugely popular in Europe, with Festool, Bosch, and Dewalt working to advance the trend in the USA.

The most exciting part is how the new Dewalt Tstak boxes have much of the appeal of Festool’s Systainers and Bosch’s L-Boxxes, but at a fraction of the price. They also appear stronger and more durable, but that’s something we’ll really need to test out with side-by-side testing. 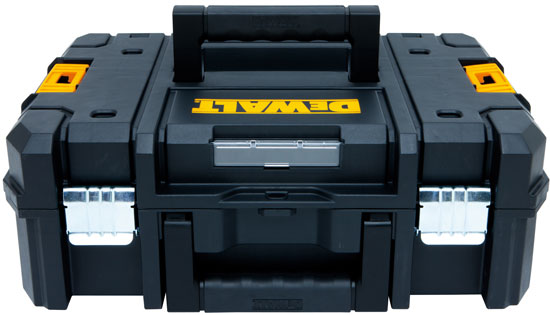 The basic Tstak tool box features metal latches and two handles. If Dewalt starts bundling 12V or compact 20V cordless tools in or with Tstaks, this is the one we would expect them to use. 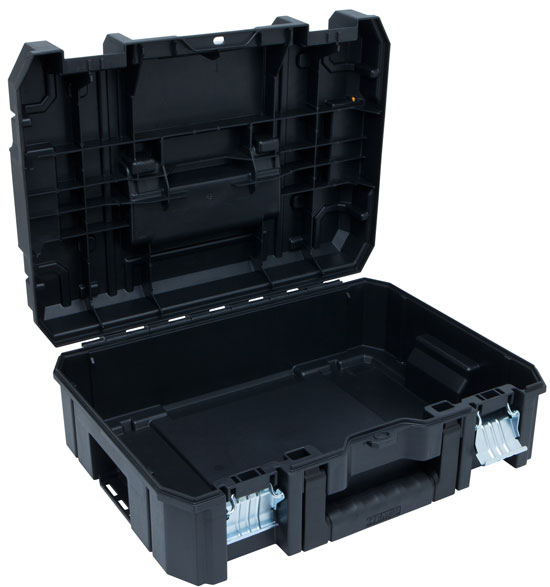 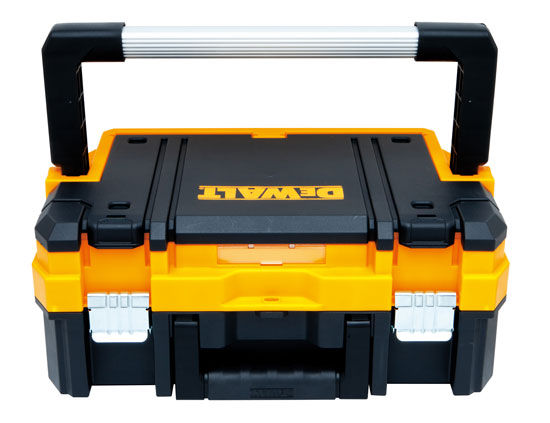 The long-handle organizer also features metal latches, but swaps out the standard top handle for a longer more robust-looking handle.

Unlike with the other Tstak units, you cannot latch additional units to the top of this one. 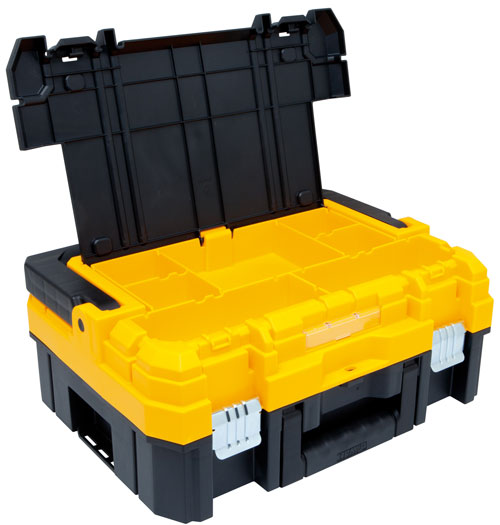 Flipping over the top reveals a divided organizer with fixed compartments. The channels on the lid mate with grooves in the dividers, seemingly to keep organized contents in place during horizontal or vertical transport. 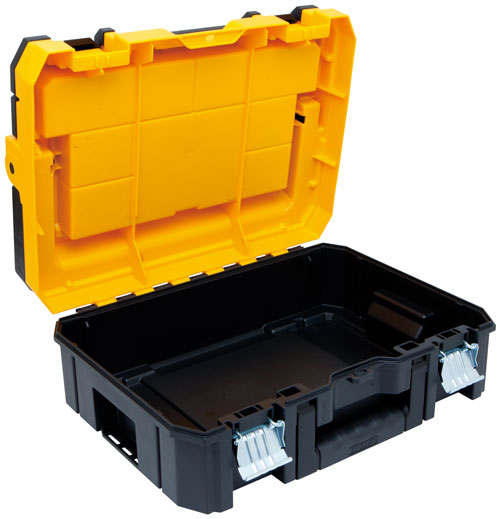 The lower compartment is unadorned but looks fitting for a selection of compact cordless tools, hand tools, and supplies. 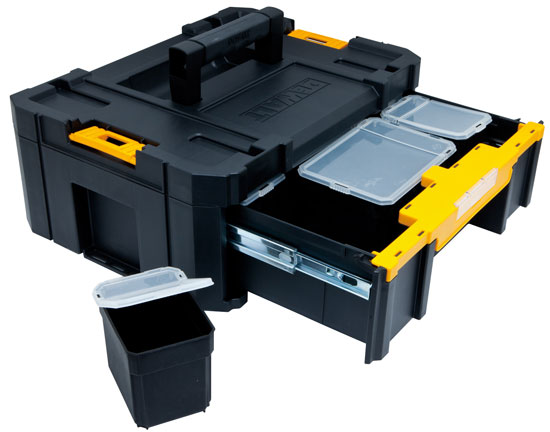 The 1-drawer organizer features removable bins that are individually lidded. If you don’t like this idea, you can leave the bins at home and pack the drawer with hardware boxes or bins of your own. Drawer slides are ball-bearing. 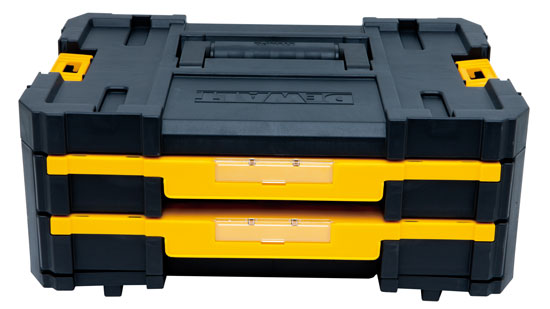 The 2-drawer organizer features divided compartments and ball bearing slides. Dewalt’s documentation says that one of the organizers features removable dividers for drills and bit organization, but we’re not sure this is the Tsak model they’re referring to. 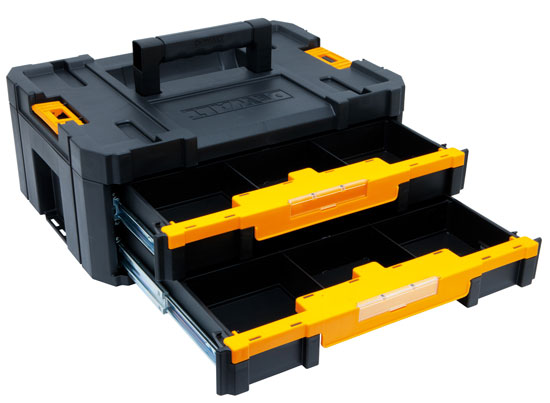 Bosch is also soon rolling out drawered tool boxes as part of their expanded Click & Go L-Boxxes and accessories lineup. Thus far it looks to be an apples vs. oranges comparison, but it will still be interesting to compare the two versions once they’re released.

We had a chance to preview a few of these units at a recent media event. The early production models had a good feel to them, and although they aren’t as spacious as Systainers or L-Boxxes, and certainly not Dewalt’s Tough System boxes, they offer slightly greater organizational flexibility. Whereas Festool and Bosch (and Sortimo) offer units of varying heights, the first launch of Dewalt Tstak boxes are all similarly sized but with different organizational and carrying options.

The tool boxes and organizers themselves are definitely appealing, but we’re not sold on them yet. They’re not as robust as Dewalt’s ToughSystem cases, but they do feel stronger than competing products. Although the first four models are reasonably versatile, we want more. How about a wheeled base? 4-drawer unit with optional dividers? Wall-mounting racks?

We’re quite excited about the Tstak line, half because we love drooling over new products, half because of what we hope will follow.

A lot of professionals and DIYers alike are tired of the bulky odd-shaped and occasionally flimsy kit boxes currently bundled with power tools. Soft carrying cases help lower kit prices, but they’re not really protective or easy to store away. The new Tstak products are another step in the right direction.