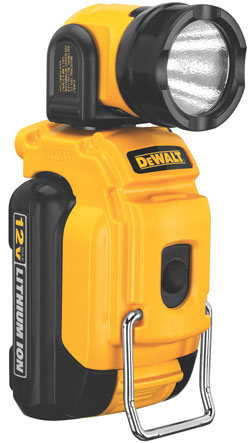 Dewalt is releasing a new LED work light (DCL510) as part of their upcoming 12V MAX compact cordless tool product family. Its single LED (I believe it’s a CREE) outputs 130 lumens of light, and the entire head rotates 360° and pivots 180° (give or take). The work light is also magnetic and featutes a kick stand and belt clip.

A bright LED work light that can be supported nearly anywhere and aimed in any direction? I want two.

I did have a chance to [briefly] test out a sample unit over at Black & Decker back in June, and I was extremely impressed. The work light is a tad bulky, but in my opinion this is greatly outweighted by its incredible versatility. 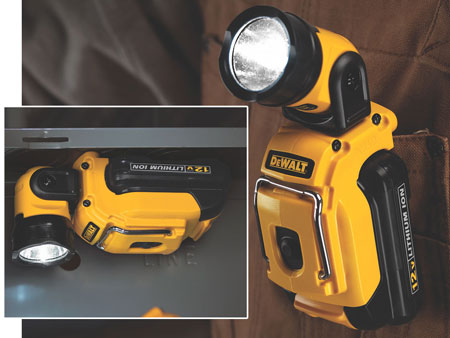 The DCL510 work light will be priced at around $39 (tool only) and should be available shortly.

Check out the rest of our coverage on Dewalt’s new 12V MAX cordless power tools.