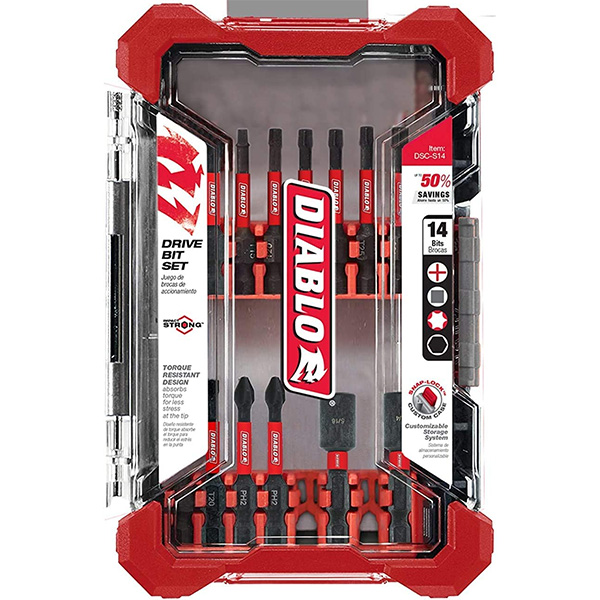 Taking a close look at the different offerings, the Diablo spade drill bits appeared to be identical to Bosch’s, but in red and with slightly higher pricing.

Then, we stumbled across a massive launch – Diablo has kicked off not one but two lines of oscillating multi-tool accessories. The new Diablo OMT blades look to be nearly identical to separate product lines by Bosch (Starlock) and Dremel. As you might know, all three companies are owned by Bosch.

See Also: A Guide to Tool Brands and their Corporate Affiliations

But wait, there’s even more – Diablo has also launched a new line of impact-rated screwdriver bits. 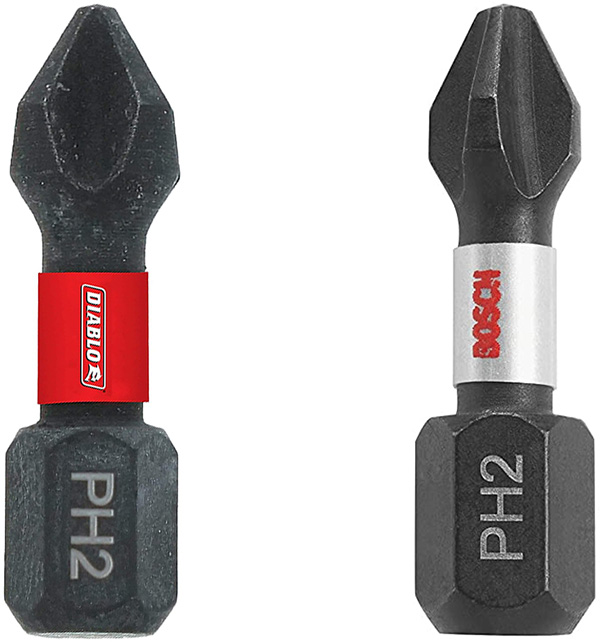 Hmm, these look familiar as well.

At this time, the Diablo screwdriver bits look to be priced a little higher than Bosch’s, or at least the assortments I checked. Other than that, what’s different about them – a red sleeve instead of silver?

What is going on with Diablo and Bosch? This looks to be a BIG move.

The new accessories are on store shelves, but Diablo has yet to make any public announcements.

We reached out to Diablo 2 weeks ago, asking if an email Q&A or phone interview would be possible so that we could learn more about the new products, but they have not yet responded. I repeated our request for more information, and hopefully we’ll be able to learn more.

But, since we don’t have any official comments to glean insights from, let’s speculate.

What are Some Possible Reasons for Diablo’s Huge Out-of-Nowhere Expansion?

When the Diablo-branded Bosch power tool accessories first appeared, it was at Home Depot. It seemed reasonable to think that maybe Home Depot and Bosch/Diablo were seeking to expand and consolidate Diablo offerings there. Having more Diablo brand labeling, rather than Diablo for some accessories and Bosch for others, seems logical.

Diablo did answer some questions about their new OMT blades (and we appreciate it!):

We are very excited to be entering this category. Our accessories fit all modern tools through the Starlock and Universal fit interface designs – no notable outliers. We are introducing new solutions to a category that hasn’t seen much innovation in years. Our radical new technology offers superior performance and life, along with the ability to elevate and expand cutting solutions through application specific blades.

The two separate accessory lines could get confusing, but it also means Diablo will have blades that are compatible with most tools’ tool-free blade change interfaces.

It’s not clear as to what radical new technologies or innovations are in the works, or if they’re referring to the new accessories that bear extremely strong resemblances to existing Bosch offerings. Or is there more to come?

There’s still the WHY?

Is Home Depot involved in this? Possibly to a minor extent, such as concerning which accessories will be featured in stores under Diablo or Bosch brands. But no, this doesn’t seem like a grand Home Depot merchandising strategy – this appears to be a Diablo Tools initiative.

In the same regard, I don’t think that this huge multi-faceted Diablo “expansion” would have been influenced by say a Lowe’s move to request Bosch accessory exclusivity.

Something is driving this, but what?

Bosch and Diablo have been facing mounting pressure from competitors, such as Milwaukee and Dewalt? Could this have prompted the new Diablo Tools accessory expansion? This seems possible, and the idea of expanding Diablo into a full-fledged power tool accessory maker could be a sound marketing strategy.

Is the increasing overlap between Bosch and Diablo power tool accessory lines a good thing?

There’s an even bigger question to ask: is this good for users?

If you’ve got any insights or theories, let’s hear ’em!

From Devils to Demons: Is Home Depot Switching from Bosch Spade Drill Bits to Diablo?