ToolGuyd > Power Tools > Routers > DIY Router Table from IKEA Parts
If you buy something through our links, ToolGuyd might earn an affiliate commission. 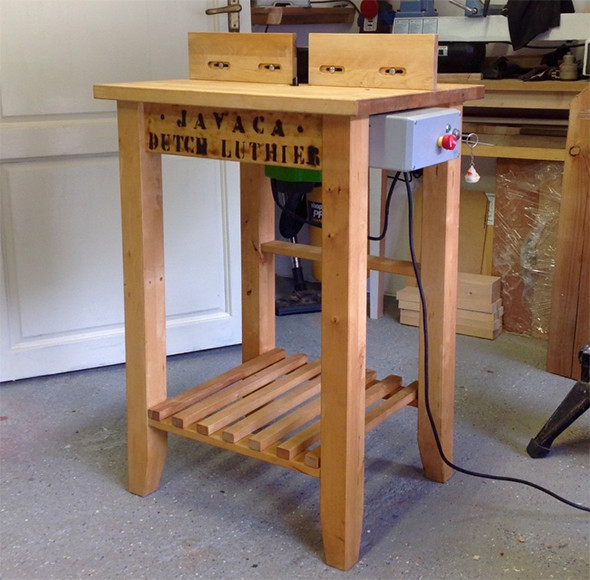 It’s a compact table made from a Bekvam kitchen cart, Bekvam spice racks, Besta threaded inserts, and Behandla wood oil. Some of the parts can be sourced from elsewhere, such as the threaded inserts. The Bekvam cart does look like a nice base, and it’s made from solid wood too.

They also built a small power box with safety key and what looks to be an emergency stop.

What I like about this project is how the router table is probably less expensive, and certainly requires less effort, than if you were to make one from scratch.

I would be slightly concerned about the top remaining true and flat over the years, but since it’s laminated butcher-block-style, and not a single solid wood slab, dimensional stability and flatness should remain pretty good. Personally, I do like using solid wood much more so than MDF and other manufactured wood products, despite their typical greater flatness.

It’s not really clear how the fence is attached to the tabletop, but the Ikea Hackers post says that it’s a reused commercial router fence. You can buy a router table fence for as little as $50 or so, or as much as $200 and up. There are plenty of DIY solutions out there.

The Bekvam kitchen cart comes with additional cross-shelf slats. What did the maker use them for? Chisel and tool racks. (Nice.)

How to Make a Clean Corner Seam in Wood Countertops?

My DIY Router Table with Drawers and Dust Collection, from Start to Finish