Dremel has come out with a new 4V Max cordless screwdriver, called the Dremel Go. It features a built-in battery pack that recharges via USB, 360 RPM motor, and overdrive control to avoid stripping screws or splitting material.

The new Dremel Go cordless screwdriver also features a push and go control, where a simple push of the tool turns it on.

There’s a direction selection switch, and also an electronic clutch at the rear of the tool that provides the overdrive control functionality.

Update: This does look to be a Dremel-branded version of the Bosch Go cordless screwdriver that I wrote about 6+ months ago! (Thanks Doresoom and John for the reminders!) 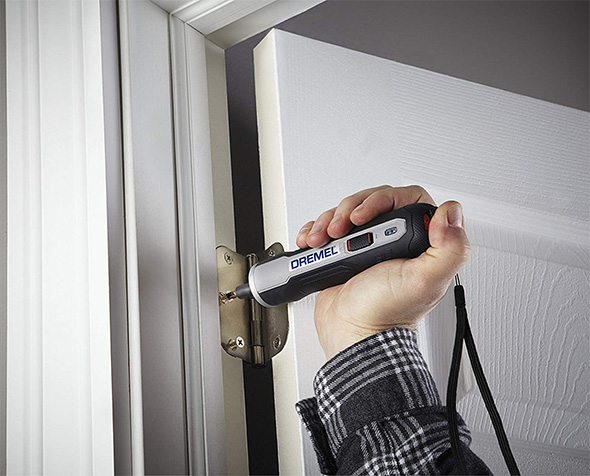 Dremel says that the Go features 360 RPM of torque for driving screws 2x faster than similar competitive products in the market.

Update: Dremel has confirmed that the Go can deliver 44 in-lbs of torque (nice!). 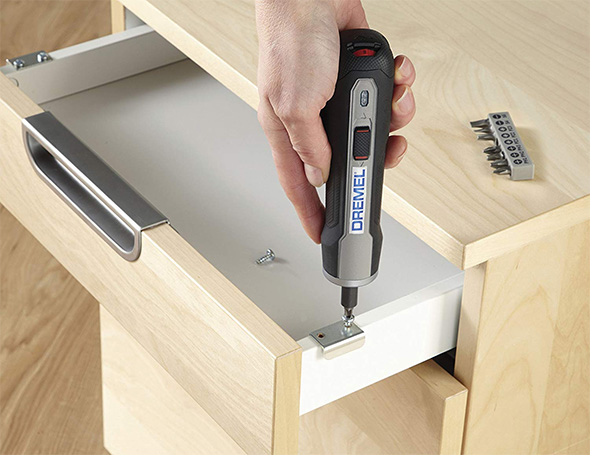 Here, it’s shown attaching something to knockdown furniture, which my Ikea familiarity suggests is a Galant drawer unit or file cabinet.

Cordless screwdrivers typically don’t have clutches, and can easily over-drive fasteners into particle board construction. It’ll be interesting to see if the Dremel and it’s overdrive protection can change that. 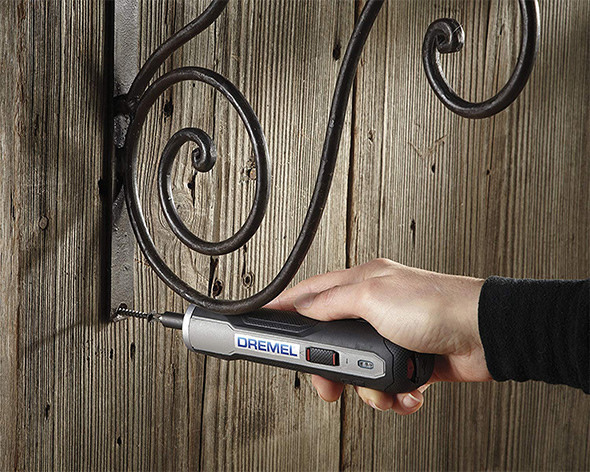 Here, the Dremel Go is shown being used to drive wood screws for the installation of an outdoors shelf bracket. 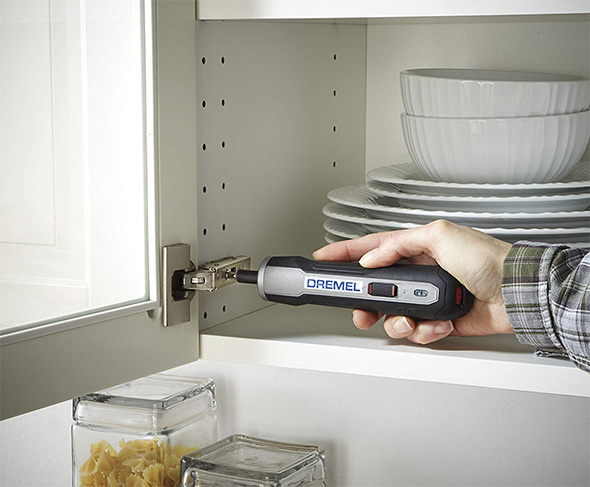 Installing or adjusting cabinet hinges? That’s something I typically do with a manual driver, due to the ease of screwing things up (literally) with a power driver. The Go might just fit the task. 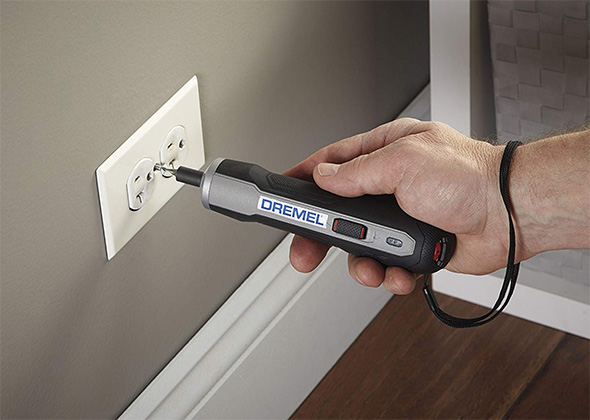 Outlet and switch covers? That’s something a lot of readers mentioned liking small cordless screwdrivers for. 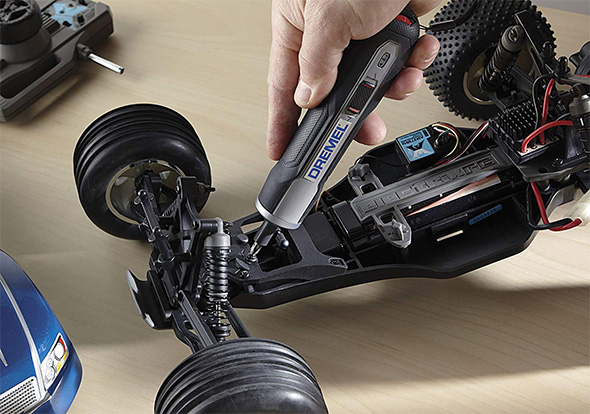 Working on an RC car? That probably makes for a better staged photo op than real-life. Just sayin’.

It’s implicit that the Dremel Go is compatible with other industry-standard 1″ insert bits.

I loved my Dremel driver, a 7.2V cordless screwdriver that I bought back in 2008. I bought it with a Dremel Stylus, another tool I really liked. They came with a charging dock, and excellent screwdriver bits that I still use.

So why did it take Dremel so long to come out with another cordless screwdriver?

To be frank, I’m a little hesitant. Part of me wonders if the Dremel Go screwdriver looks a little gimmicky, but the other part of me is saying “but if it wasn’t, the target audience would be a lot smaller, and they wouldn’t even bother.”

It has some nice features – USB charging, a sleek design, and attention-grabbing features, such as the “push and go” alternative to a traditional trigger switch, and the higher speed motor.

I really like Dewalt’s 8V Max gyroscopic screwdriver, and the smaller inline ones as well. I’ve used them quite a bit, and dig out my test sample when assembling Ikea furniture or similar stuff with my preschool-aged son.

The torque rating isn’t specified (yet?), but I imagine it’s sufficient for smaller fastener applications such as the ones depicted in the product photos. I wouldn’t drive large or long wood screws without pre-drilling, but that’ll be true with anything smaller than a full-size drill or driver.

I’m really looking forward to getting my hands on one.

Does the New Makita XGT Cordless Circular Saw Look “Sub-Compact” to You Too?