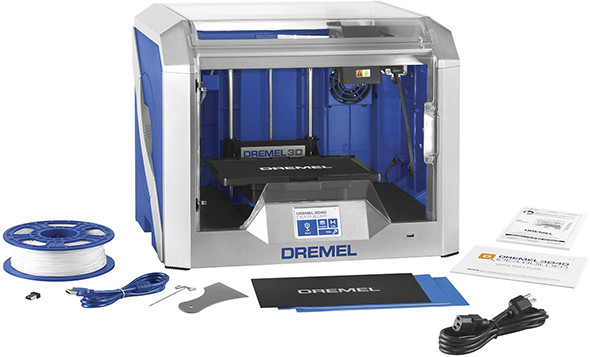 Dremel has come out with a new version of their Idea Builder 3D printer. The new Dremel 3D40-01 Idea Builder 2.0 sports a number of improvements and enhancements compared to their first generation model.

I had a brief opportunity the new Dremel Idea Builder 2.0 in action, and while it can be quite boring to watch a 3D printer do its thing, I noticed a few nice touches compared to some of the other 3D printers I’ve seen in videos or observed at Maker Faire. More on that later. In the meantime, here’s a quick look at what it offers.

To start, here are some of the features that the new Dremel 3D printer boasts:

This is a PLA filament printer.

They say that leveling should be easier than before.