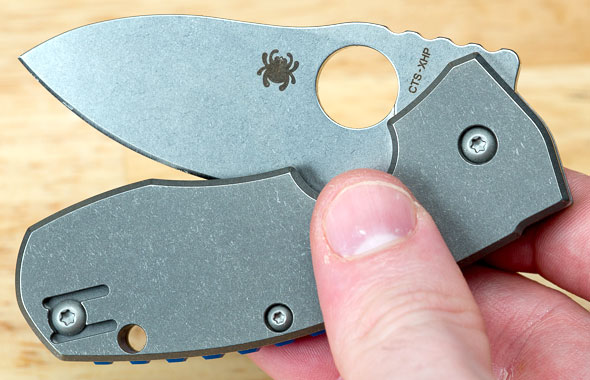 What is EDC, or everyday carry? Maybe you’ve heard this term here, as we do have an entire section devoted to EDC tools. Or maybe you’ve heard it elsewhere. At one point or another, everyone new to EDC seeks to better understand what it means.

Everyday carry is a very broad category that encompasses the tools, gear, or supplies you might carry around on a daily or semi-regular basis. A quick Google image search of “EDC Gear” will show you a wide range of possibilities, including pocket knives, multi-tools, pocketable tools, watches, wallets, tool pouches, pens, pencils, notebooks, and all manners of other types of stuff.

A lot of people will look up “EDC” or “Everyday carry” and will be satisfied with a quick answer. A reader wrote in with a much tougher question, where he basically asks WHY. That’s a tough question because there’s no single answer. Everyone carries different tools or gear with them for different reasons.

After reading your latest knife review [Brous Blades Bionic 2.0], I realize that I need some education for myself.  I love the concept of EDC and knives in general but I don’t seem to encounter the same situations y’all do.

I’m probably a few steps above the typical DIY homeowner and as such, and I own a fair amount of decent to great tools.  When I need to open a box, I use a box cutter/scissors/key, when I need to use a screwdriver, I pull out one of the many good screwdrivers I have, ditto for nut drivers etc.  When I visit somebody, if I know I need to do some work at their place, I throw together a quick toolbox of what I’ll likely need.

Is it just that I’m not in the field all the time like many of your readers?  It hasn’t been my impression that any knife or multi-tool comes close to the actual real tool so I really only bring multi-tools/knives on camping trips and such.

Please educate me (or maybe a blog post) as to why you use some form of compact tool as opposed to the full blown tools that I know you have?

P.S.  I own a Leatherman Wave that I never use even though I think it is beautiful.  I also don’t like to carry stuff unnecessarily (weight, bulk) which is kinda funny given that I’m over 6 ft and could carry pretty much anything on my person.

For me, I prefer compact tools as part of my EDC rotation because I don’t often know which full-size tools I might need, if any. I’d rather have a couple of tools available, just in case I need them. I will often prefer a pocket knife and flashlight over a multi-tool, but my Leatherman Skeletool (which I reviewed here) and Skeletool CX (which I also reviewed here) sometimes take the place of a knife.

Keep in mind that a lot of people EDC for different reasons. A mountain biker might have a small cargo pouch to stash tools and emergency gear in. An office worker might regularly need a couple of tools that will be immediately borrowed if left in a desk drawer. A technician might want to travel light and spare the weight of full-size tools that wouldn’t be used often. An engineer might prefer their a couple of carryable tools rather than having to make their way to a toolbox every time they need a tool.

My wife has a couple of EDC items in her purse – an E01 LED flashlight (one of several fantastic mini EDC tools I recently wrote about), and a Victorinox classic Swiss Army Knife, with both attached to her keyring. She also has a small crystal-filled Swarovski pen in there. I made sure she also has a larger (2) AA LED flashlight that she keeps in her desk drawer at work, but that’s not really EDC.

A lot of EDC tools are about maximum function in minimal space. That’s because users are more likely to carry a tool that fits on their keychain than one that has to be carried in a separate tool pouch or tool bag. EDC tools are often compact and sized for a pocket or small pouch, but that isn’t an exclusive requirement. Full size tools can still be part of someone’s EDC.

I recently wrote about how Knipex’ mini Cobra pliers and Pliers Wrench are perfect for EDC. I didn’t intend to imply that these mini tools should be carried in place of full-size tools. But a lot of times it comes down to carrying a mini tool or nothing at all.

Although EDC is about everyday carry, I use the term to loosely include all of the different types of gear I carry or would carry or travel with on at least a semi-regular basis. If it’s a one-time kit, it’s not really EDC to me.

My son is nearing his first birthday, and traveling with him anywhere often requires that I carry around a diaper bag. These days my diaper bag is a sling-style Mobius VPacker (purchased from JSBurlys), and sometimes a Diaper Dude Messenger (purchased from Amazon). I can fit a couple of EDC tools that I think I might need, no problem. Full-size tools? Not really, at least not without taking up valuable space and increasing the total weight unneedingly.

If anything, I pack compact scissors and a small flashlight. For day trips or overnight visits to family, I might carry a multi-tool, pocket knife, or other EDC gear. Pliers or scissors are often needed for opening and freeing new toys that we bring or receive. Once my son is a little bigger, I’ll start EDCing a small first aid kit. There’s one in my car, but what if we walk to a playground or are far from where we parked, and he scrapes a knee?

Full-size tools would require an additional tool pouch of some kind, but why go to such lengths unnecessarily?

2 months ago, we went on an overnight trip to visit family. Because we left our high chair home, we stopped on the road and bought a small Fisher Price travel-friendly high chair to take with us. It requires a Phillips screwdriver for assembly, which I had thanks to whatever Leatherman multi-tool I carried that day. A multi-tool screwdriver or compact screwdriver is often better than not having any screwdriver.

Some EDC tool decisions are based on need, or anticipated need. It’s worth highlighting again that it’s often better to have a compact tool than no tool, at least if you think there might be a need for such functionality.

Other EDC decisions will be more personal. Why wear that watch? Carry that knife? Write with that pen and notepad?

See, I told you that asking Why is a tough question. Do any of you have a better answer?