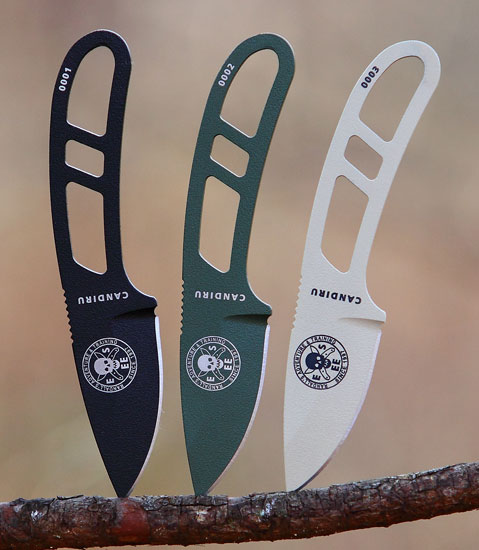 (There will also be a new ESEE Laser Strike, and new love-it or hate-it “venom green” color scheme.) 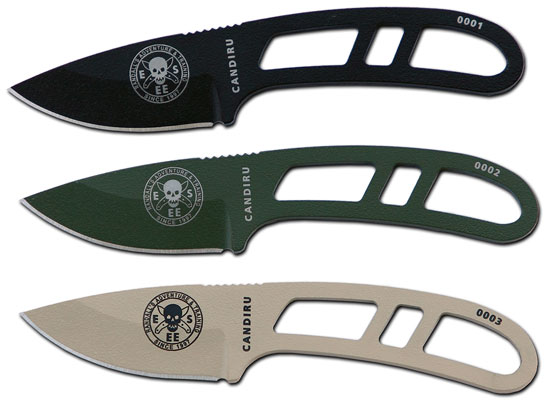 Although some are calling the Candiru a neck knife, it looks more like a boot knife or compact utility and survival knife. The ESEE Candiru knife also comes with a low-profile Cordura sheath that will definitely improve its carryability. That’s the one issue I have with my Izula – it’s a bit too large and indiscreet for every-day-carrying (EDC) in an urban or office environment.

Official specs are not yet available, but it looks like the Candiru blade may be under two inches in length. The Candiru knife will be priced at about $45-50, sheath included. Optional Micarta and G10 bolt-on handles will also be available at launch, for about $17. There won’t be an official Kydex sheath, but an injection-molded plastic sheath option looks to be in the works. 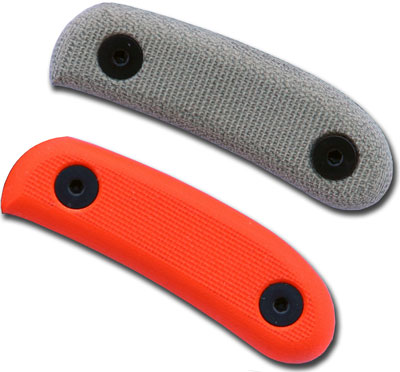 In case you’re not familiar with this style of skeletonized knife, handle scales are optional. Many users prefer to wrap the handles with inexpensive paracord for improved grip and a personalized look.

Like ESEE’s other knives, the Candiru is made in the USA. And if you’re wondering what Candiru means, it’s the name of the parasitic “vampire fish” native to the Amazon River that is known for allegedly swimming up and invading human urethras.