The special thing about Facom 40R wrenches is their ratcheting-type open end, which doesn’t have any moving parts. It is also very quick to engage with fasteners.

There is also a new line of 467R Fast Action wrenches, which look to engage more of a fastener, but I haven’t tried them yet. 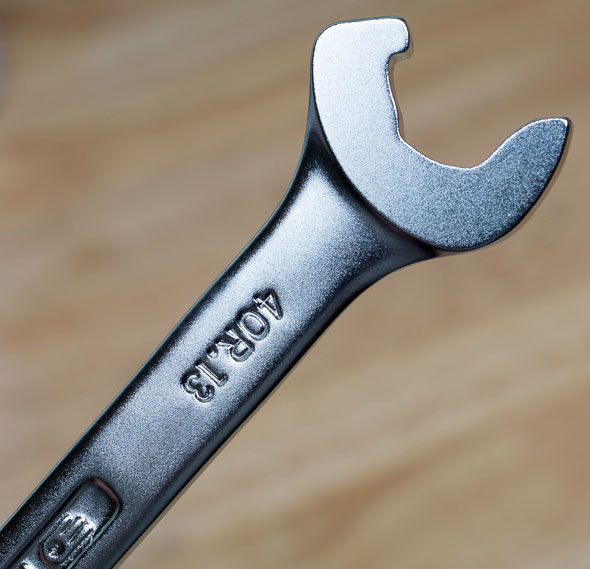 This post is a hands-on, rather than a true review, because I have used them plenty but haven’t really settled on my opinion of them. I figured that I would tell you all about them, as I usually do, but will leave out any recommendations.

I very deeply loathe open-ended wrenches that have ratcheting mechanisms. More often than not, they’re clunky and by the way they move I can’t help but expect for there to be a strong potential for fastener rounding. So why did I buy these Facom 40R wrenches? Because they don’t have any moving parts and because they’re too funkily designed to pass up. 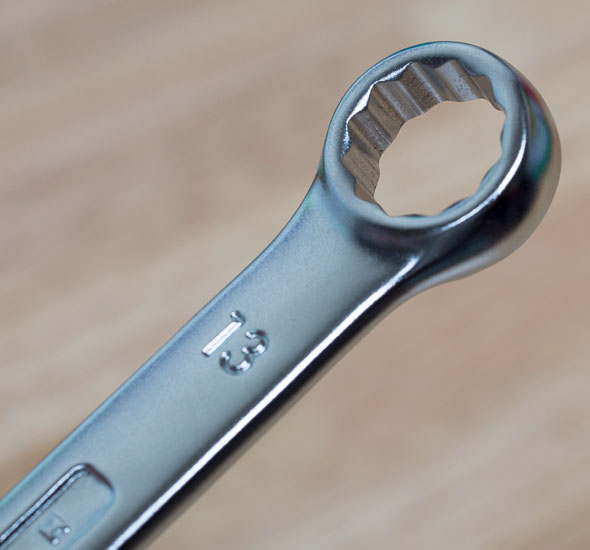 These wrenches are only available in metric sizing, so I bought a 10mm and 13mm sizes. They’re combination wrenches, and I figured that even if I didn’t like the open ends, I could still use the box ends in applications that called for supporting a hex fastener and its nut on both sizes. Or for tightening two nuts up against each other, and other 2-wrench applications. 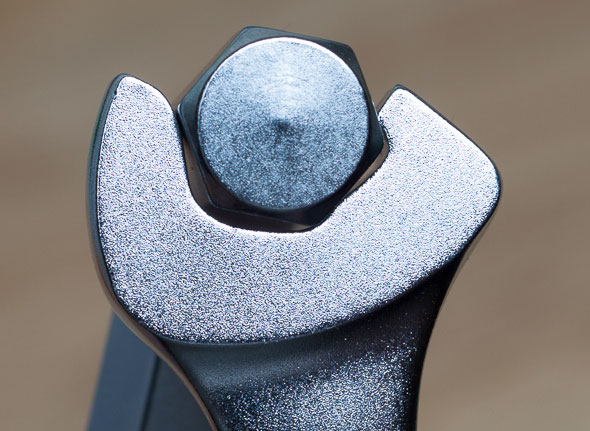 Okay, so here you can see how the 40R wrench engages a fastener. I didn’t use a fastener, I used a 10 mm hex wrench, as it was easier for photography purposes. And by easier, I mean it was still an incredibly finicky and frustrating arrangement to set up. But just a little less so than using a hex fastener.

Anyway, this is the starting position. Let’s say you turned the wrench and hit an obstacle, and it’s time to reposition.

Oh, and notice how the Facom 40R wrench supports the “fastener” on the flats, and not really right on its corners. 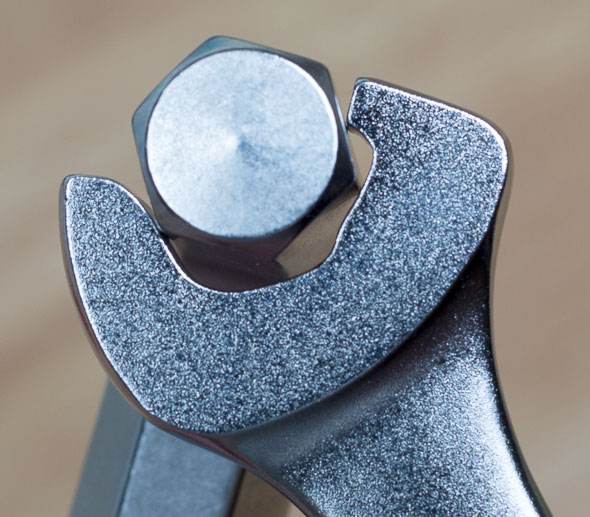 This is an example of a tightening operation, so the wrench is rotated in a counterclockwise direction. I felt the need to show this because the wrench works in the opposite direction than I would have thought. The smaller side of the wrench is the “upper” side.

I tried to show how the wrench can be rotated around a fastener in the direction opposite of torque delivery. 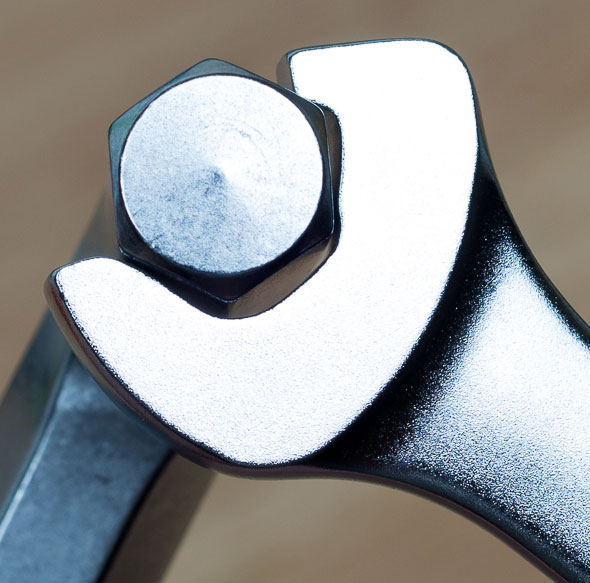 After it’s rotated enough – about 60° and the same as with any other open end wrench – the wrench re-seats on the next set of flats and is ready to turn the fastener once more.

Facom 40R Fast Action wrenches work similarly to traditionally styled open end wrenches, but the open ends can be repositioned around a fastener without having to first remove it. With a regular wrench, you have to remove it from a fastener, rotate it, and then re-engage the fastener. With a 40R wrench, you save all that time and merely have to rotate it.

I mostly work with inch/fractional/SAE wrenches, but when I do work with metric fasteners I often reach for my Craftsman Professional combination wrenches or Gearwrench ratcheting wrenches. There’s nothing I don’t like about these wrenches – I just haven’t taken to them yet. If they come out with these wrenches in inch/fractional sizes, I’d probably buy them in 5/16″, 11/32″, 3/8″, 7/16″, and maybe 1/2″ sizes.

I bought these two wrenches nearly 4 years ago, via Stanley Supply Services. The 10mm size was $4.17, and the 13mm size was $5.08. I bought them simply to check out the designs, and don’t regret it one bit. They’re not longer available there, and current USA pricing is $12 and $14 at Ultimate Garage.

Don’t let my indecision detract you. After almost 4 years, I still don’t love or hate these wrenches, but I also don’t work with metric fasteners anywhere as often as I do imperial ones. If they were available in such sizes, I’d buy a couple more in a heartbeat. I guess that means I don’t feel as neutrally about them as I thought.

P.S. The last I checked, Steve over at Ultimate Garage offered a 10% discount on Facom tools if you’re a Garage Journal forum member and mention your username. The discount is actually in the form of a 10% refund/credit to your payment method. I don’t know if that discount offer is still valid, but maybe we could convince him to offer a ToolGuyd commenter discount.