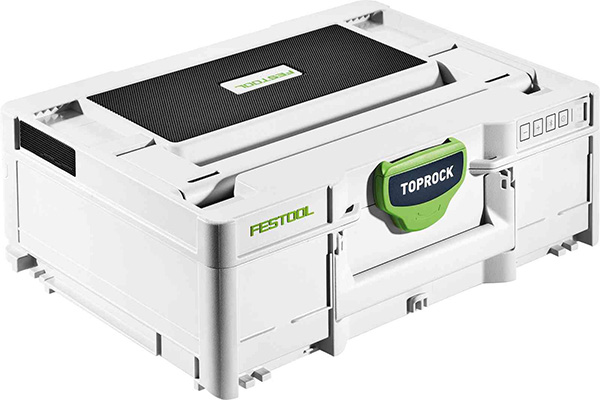 Festool has come out with a new TopRock Bluetooth speaker, built into a standard Systainer 3 tool box.

The new Festool TopRock Bluetooth speaker might seem like just about jobsite speaker, but there’s a big difference here, with the TopRock sporting a feature other brands’ music players don’t. It is also a tool box. 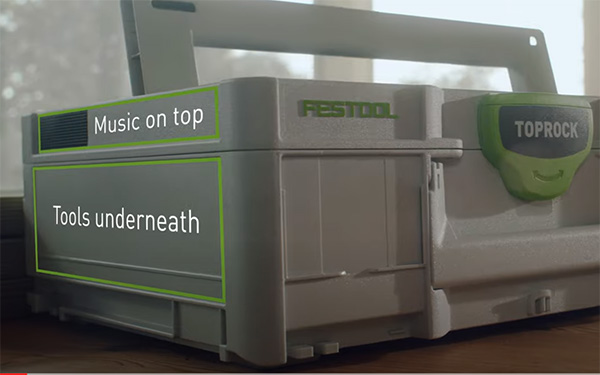 The Festool TopRock features all of its music-playing components in the Systainer lid, with plenty of space in the bottom for holding your tools and accessories. 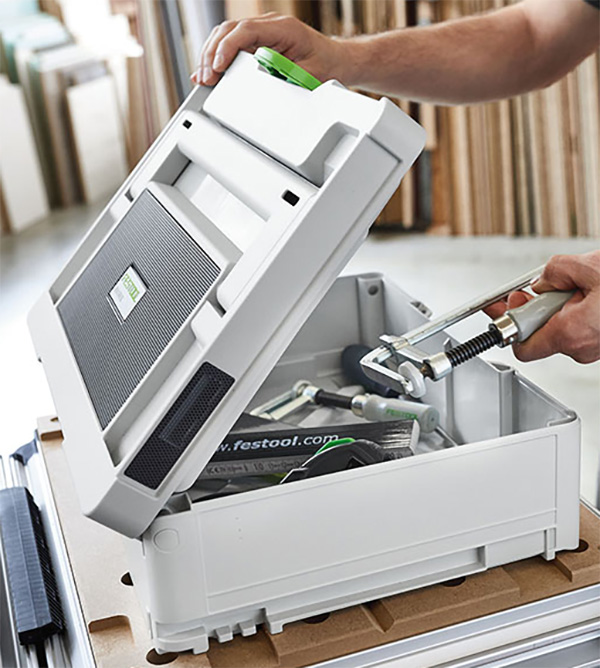 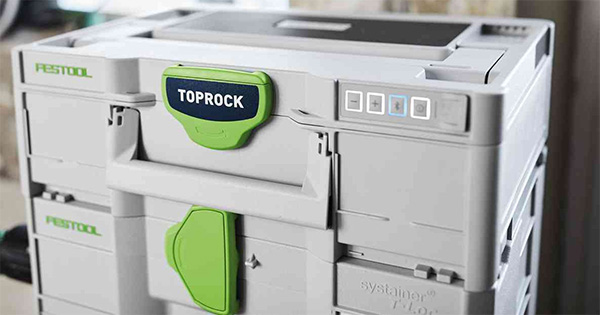 It stacks on top of other Festool Systainer tool boxes, and fits in their other Systainer carriers, drawers, and related accessories.

The control buttons are illuminated, but that’s not all…

There is also a covered USB port for charging your personal electronic devices. 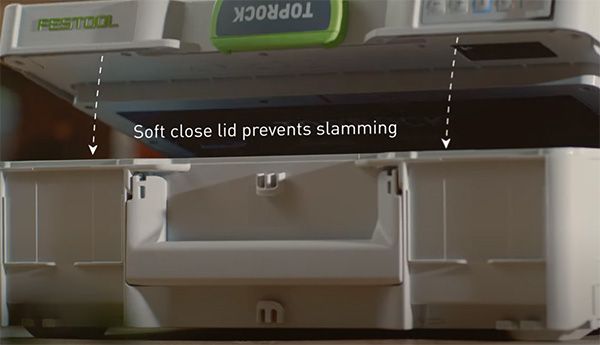 Festool even built-in a soft-close lid to help prevent slamming. 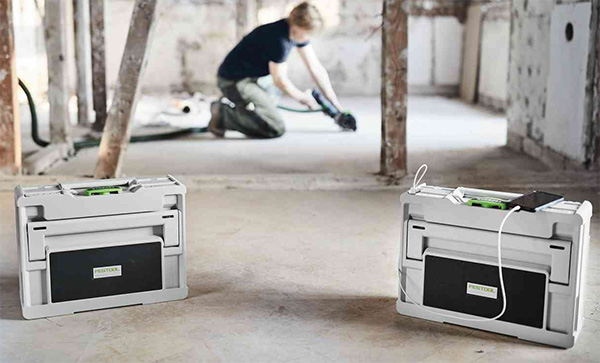 The Festool TopRock features Bluetooth 5 with TWS (true wireless stereo), and so you can connect two TopRock speakers for more immersive room-filling sound. 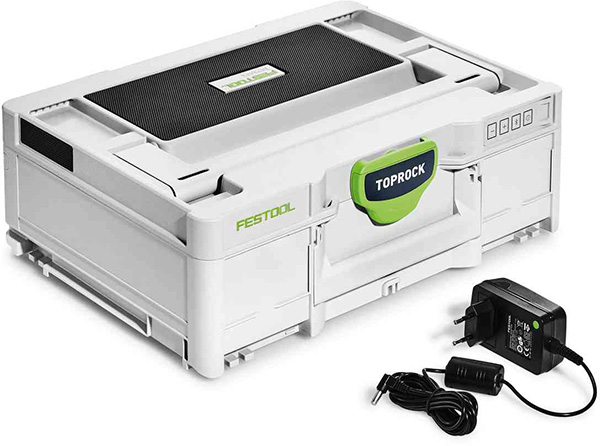 The TopRock can be powered by its built-in battery or via AC adapter.

At this time, Festool has only announced the TopRock Bluetooth speaker in the UK and Europe. We don’t know if or when it might be released in the USA.

Festool Systainers aren’t quite as durable as say Milwaukee Packout tool boxes or Dewalt ToughSystem tool boxes, but they’re not very fragile either.

There are other Bluetooth speakers out there, and larger modular tool box radios. This seems to be the only one that also offers usable storage space.