ToolGuyd > Hand Tools > Mechanics' Tools > First New Craftsman Ratchets and Tool Sets Appear on Lowes.com
If you buy something through our links, ToolGuyd might earn an affiliate commission.

The other day, we shared what we saw on Lowes’ website, an announcement that Craftsman tools are coming soon – April 2nd to be precise.

As of now, we’re leaning towards the belief that the new Craftsman tools will only be available online, at least for the time being. All of the previous announcements indicated that the new Craftsman brand will kick off in the second half of 2018. We’re still a few months away from that, so the new launch will likely either be online-only, or in stores in a limited “teaser” capacity. 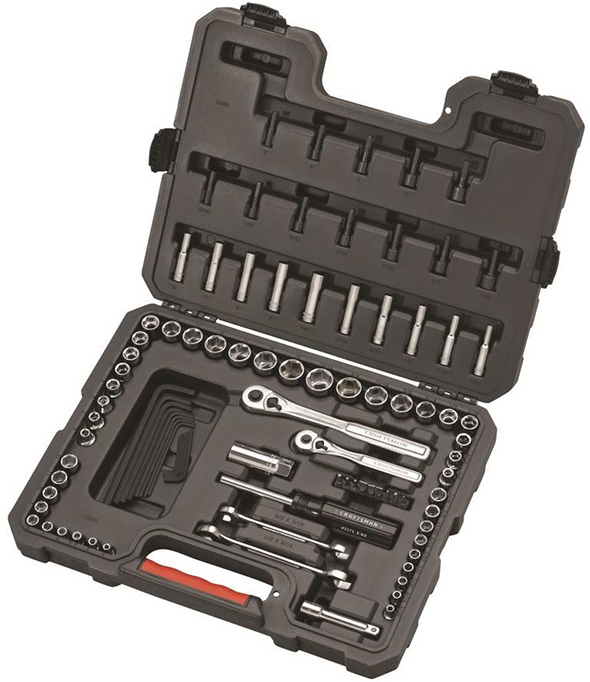 First up, a 95pc mechanics tool set, CMMT82329, with a $60 price tag. There’s a “new upgraded ratchet for higher accessibility.” 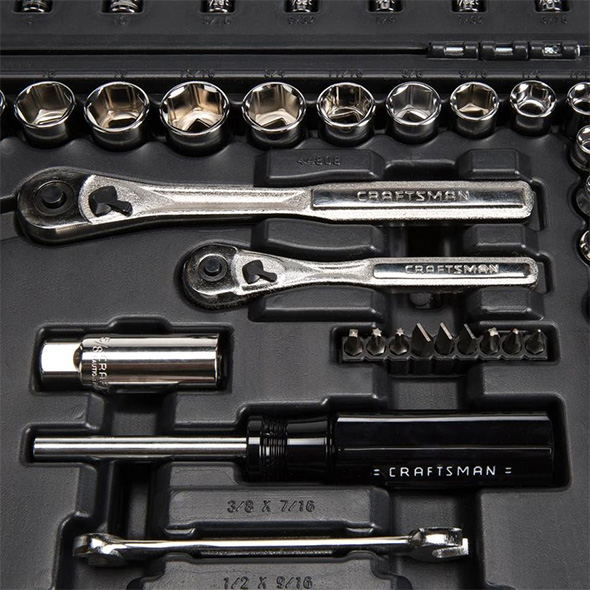 These tools look a little familiar. 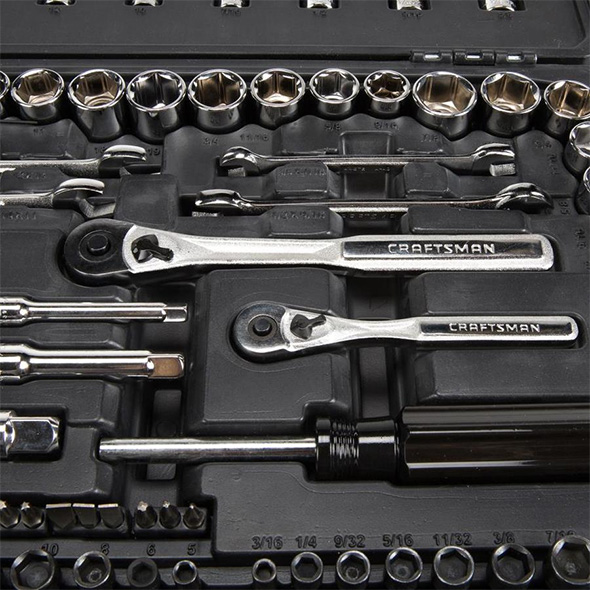 Are these the same tools? Looks like it to me. This was to be expected – Stanley Black & Decker likely had no choice but to lean on Sears existing suppliers while they get the Craftsman brand fully integrated, and while they worked on getting in-house production set up.

I can’t help but feel a little disappointed. 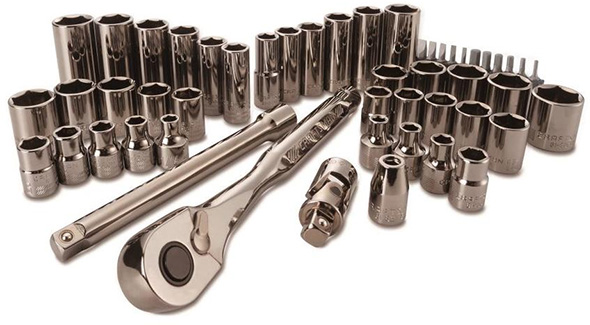 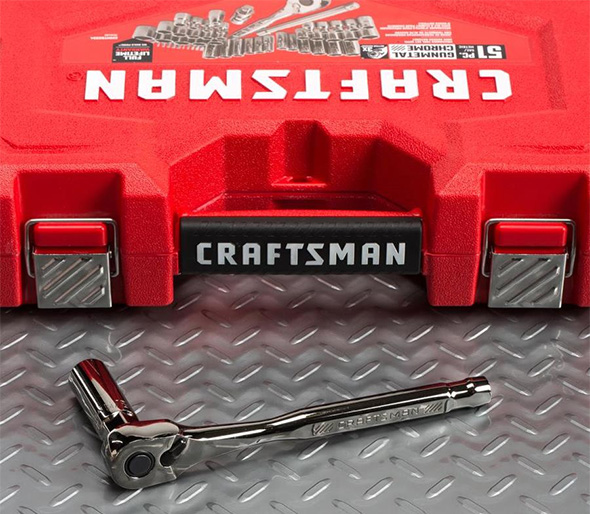 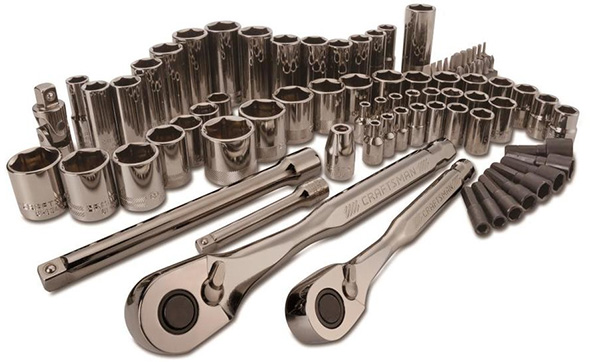 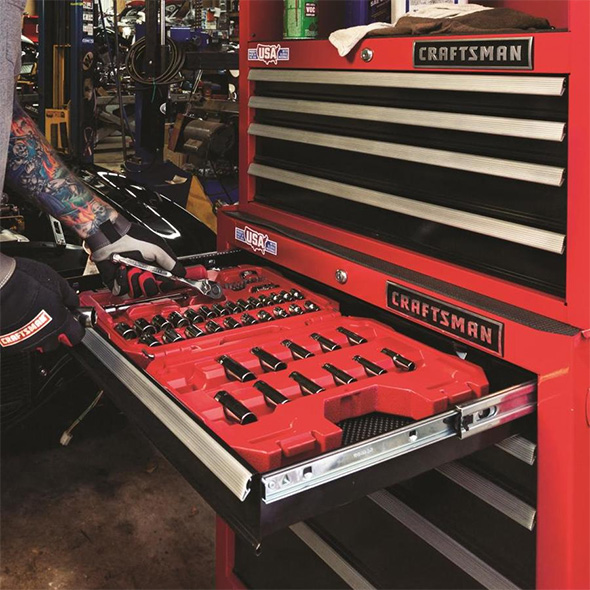 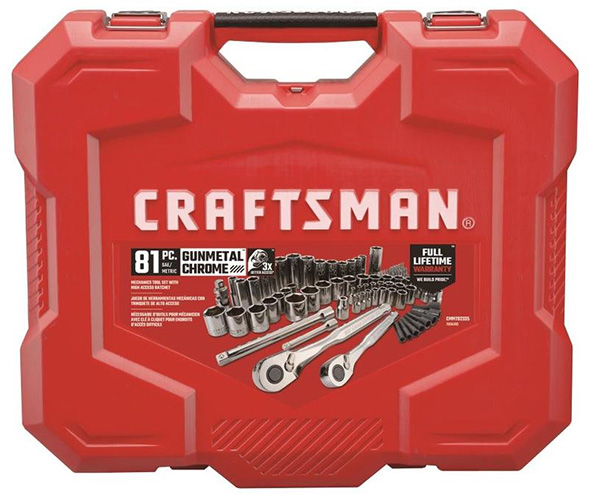 With a little Google magic, I came across a photo of the front of the 81pc set’s carrying case.

There’s mention of the gunmetal-colored chrome, the Full Lifetime Warranty, and what looks to be “3X greater access,” which would refer to the high tooth count and small swing arm.

Hmm, are these 120 tooth ratchets, or 120 position ratchets? Gearwrench has had 120XP ratchets for some time. If Apex is supplying Stanley Black & Decker and Lowes with the 95pc and 118pc mechanics tool sets, maybe they designed and manufactured these 51pc and 81pc sets for the new SBD Craftsman brand, too.

But WAIT. Let’s not make assumptions yet.

The new Craftsman 120T ratchets aren’t clones of the Stanley. But I don’t see why they couldn’t have come off the same factory production line.

What’s missing on the front of that red tool box cover? “Made in USA.” We can’t see the back, so we don’t know for sure, but I also didn’t see any “USA Made” claims for any of the tools. There’s not one “USA” in any of the product images, at least not that I could see.

Stanley Black & Decker has made big promises about their return to USA manufacturing for Craftsman tools, at least where possible.

Wouldn’t these product images and descriptions have mentioned USA origins of the tools were made here?

To be frank, even if these are sourced elsewhere, I won’t make any judgements, at least not yet. Setting up new production takes time, if they want to do it right.

Besides, I don’t need a new mechanics tool set right now. For those that are in the market for new tools, how many care about country of origin? Getting something to market now, ahead of Father’s Day, is a reasonable business decision.

So, as of now, or at least soon – I’m seeing April 26th, 2018 home delivery and “ship to store” estimates – we have 4 Craftsman tool set options. 1 looks to be identical to a Sears Craftsman offering, 1 looks like it could have been a past Sears Craftsman set, and 2 look to be new sets, potentially made by Stanley Black & Decker.

Next, let’s see some of those new 120-position ratchets sold separately! But only if they offer something different from the new Stanley ratchets, such as USA manufacturing origins.