ToolGuyd > New Tools > New FLIR MR160 is an Imaging Moisture Meter
If you buy something through our links, ToolGuyd might earn an affiliate commission. 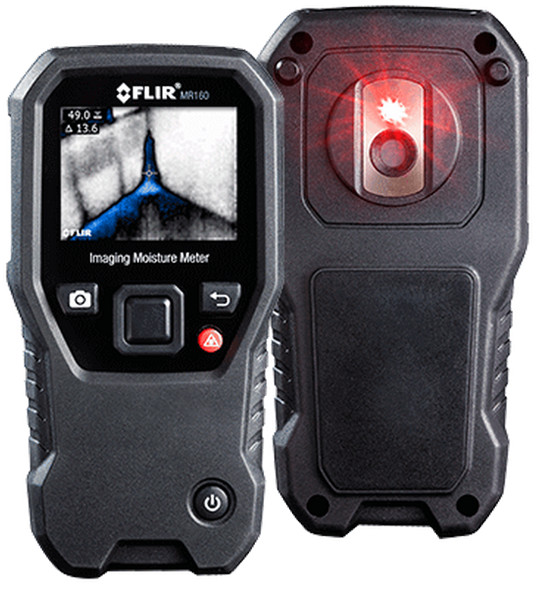 You can guess what a moisture meter is for, right? Or do you think you know what they’re for?

Until now, I always thought of moisture meters as devices advanced woodworkers use for determining whether lumber is dry and stable enough to use for a project.

But, they can also be used to detect humidity and moisture levels around a home or commercial building. Knowing where there’s excess moisture could help you identify potential leaks or other moisture and water-related problems.

Water draws thermal energy – heat – from its surroundings as it evaporates. So even if you don’t see liquid water, there could be moisture or residual evidence of moisture. Water also has different thermal conductivity. If there’s moisture in drywall, for example, the drywall will respond to the normal temperature fluctuations of a room at a different rate than dryer drywall. 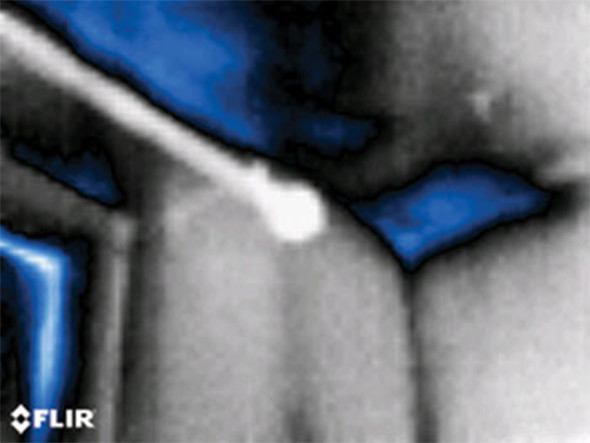 So, in addition to a humidity sensor, the MR160 can show you where the problem is, and the extent of it.

I was initially surprised to hear about this combination of technologies, but it does make sense, doesn’t it?

The MR160 moisture meter has a pinless moisture sensor, as well as an external pin probe.

This tool has the potential to really cut down on moisture-related troubleshooting. The thermal imaging sensor, which is used for “infrared guided measurement,” can show you problematic areas, and the moisture sensors help you get a better read on the extend of the issues.

Flir has been pushing forward with continued thermal imaging innovations in recent years, but they have also been branching out beyond their thermal technologies shell. It will be quite interesting to see what they come out with next.

Check out our FLIR tool news and review section!