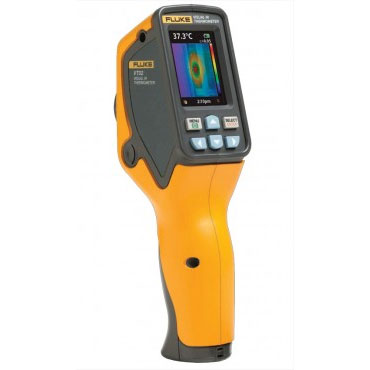 Fluke, one of the top names in test equipment, has been facing fierce competition in the infrared thermal imager arena from Milwaukee, Extech/FLIR, and even Dewalt.

So what did Fluke do? They created their own super-low-resolution thermal imager and called it a visual IR thermometer. It’s the second ever tool of its kind. 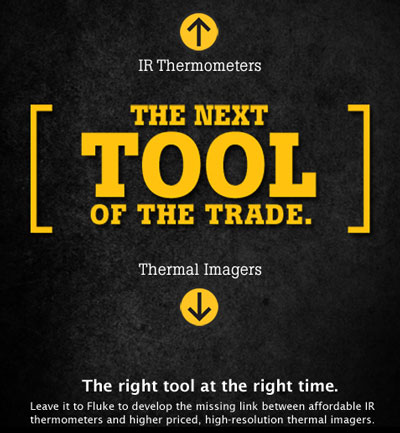 The new VT02 seems to closely compare to Dewalt’s new 12V imaging thermometer. Based on my recent testing of the new Dewalt imager, I feel that visual IR thermometer is actually a very apropos classification.

So-called visual thermometers have much lower resolutions than Milwaukee’s M12 thermal imager and others in the $1500-2500 price range, but even so they do provide substantially better temperature measurement context than single-point IR thermometers.

My search for VT02 thermal resolution specs came up short, but it is probably close to Dewalt’s 15×15 pixel resolution. While I would like to say Fluke’s marketing team isn’t purposely hiding this information, they obviously are.

If you’re shopping for a thermal imager or “visual thermometer” and compare one with a 15×15 pixel sensor and another with a 60×60 pixel sensor at a reachable higher price, which will you automatically gravitate towards? Exactly.

Also missing from the spec sheets is the visual camera resolution.

Most Notable Features and Specs

It remains unclear whether Dewalt produces their new 12V imaging thermometer themselves or whether another company designed and manufactured it for them. There are many similarities between this new Fluke imager and Dewalt’s, but not enough to convince me that the Dewalt was co-developed with Fluke. Spec-wise the two models appear comparable, and they’re priced similarly, but it looks like the Dewalt might be slightly more user-friendly.