ToolGuyd > Hand Tools > Fusion Contigua Carabiner – a Versatile USA-made Accessory
If you buy something through our links, ToolGuyd might earn an affiliate commission. 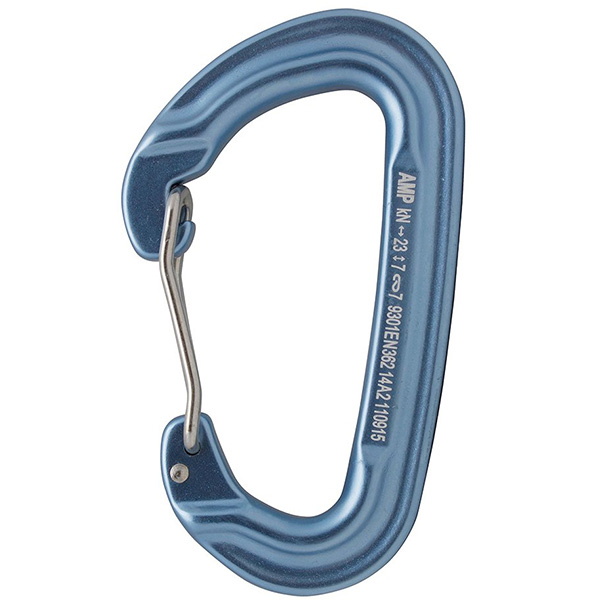 Back in college, I had a friend that clipped his water bottle to his backpack with an oversized screw-lock carabiner, and I always thought it was impractical. I have also seen keychain-sized or non-load-rated carabiners used improperly in ways that were just as eyebrow-raising.

There’s a middle-ground size of carabiner that I have come to favor, with the Fusion Contigua. It’s a smallish carabiner, ~3-3/8″ long, that can be used to clip or secure accessories such as water bottles or pouches to bags, and it’s far sturdier than $2 keychain carabiners that might only be rated to 75 pounds or so.

I have a wire-gate Fusion carabiner, and a straight-gate, and I prefer the wire-gate a little more, just based on how it feels to open and close the spring-action gate. If you don’t have a preference, the straight-gate version is a little less expensive.

What I like about these carabiners is that they’re versatile in everyday use, without being flashy or going overboard. They’re small and discreet, but extremely strong, durable, reliable, and effective.

The Fusion Contigua isn’t the only carabiner I own – I went on a “try ’em out” shopping spree last year when I needed more – but it’s one of my favorites. I also still have a box of keychain/accessory carabiners from when the hardware store clearanced them out, and they’re good for miscellaneous uses too.

You can get similarly styled accessory carabiners at lower unit prices. But for something that will last for years (I bought my Fusions in 2015 and 2017, and they’re still going strong), I’m happy to pay more for a higher quality product.

The Contigua carabiners are made in the USA and have the load rating (23kN) written on the side.