ToolGuyd > Hand Tools > Mechanics' Tools > Gearwrench 120XP Dual-Pawl Ratchet Disassembled
If you buy something through our links, ToolGuyd might earn an affiliate commission. 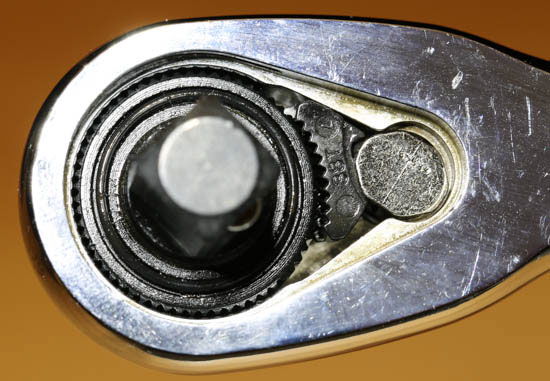 Gearwrench recently announced their 120XP ratchets which feature 120 ratcheting positions for a 3° swing that allows for easier access in tight quarters.

I recently received a 3/8″ ratchet from Gearwrench for review, and so I promptly disassembled it to see how it works. 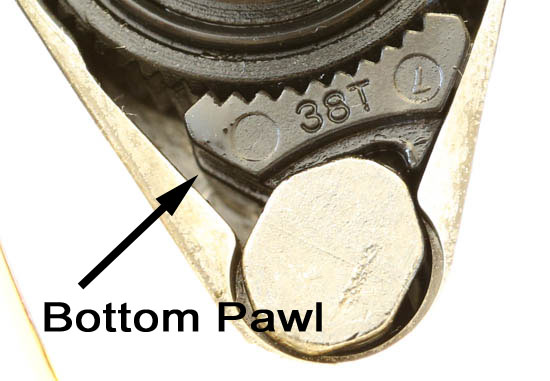 As previously discussed, Gearwrench’s 120XP ratchets have double-stacked pawls that alternately engage a 60-tooth gear. In the above photo, the top pawl is engaging the main gear, with only the edge of the bottom pawl slightly visible.

In the next photo, the square drive is turned one notch to simulate a short swing of the ratchet. The top pawl disengages the main gear, and the bottom pawl moves to engage it. 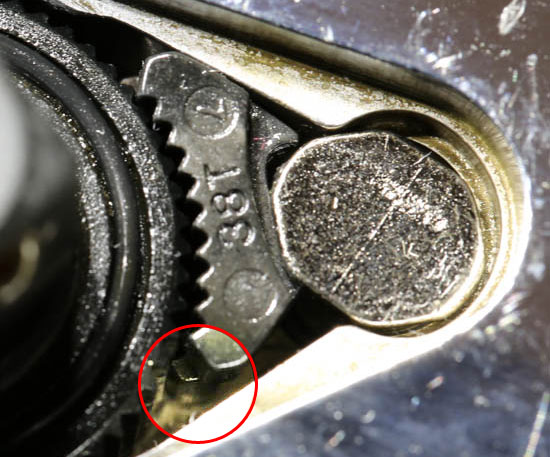 In this manner, the top and bottom pawls alternately engage the 60-tooth gear to create a 120-position ratcheting mechanism.

I made a quick demo video showing the alternating motions. Since the details are small, you might want to watch the video in full-screen mode.

Why not just create a 120-tooth gear? Strength. There’s a limit as to how fine-toothed ratchet gearing can be before you begin to make compromises in strength and durability. 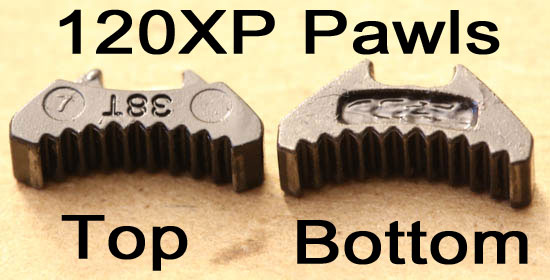 It may be difficult to see, but the teeth of the top and bottom pawls do not align with each other. The top pawl has 10 teeth and the bottom pawl 11, giving them a 1/2-tooth offset. This is why the pawls ratchet alternately.

Two spring-mounted plungers keep the pawls in contact with the gear. 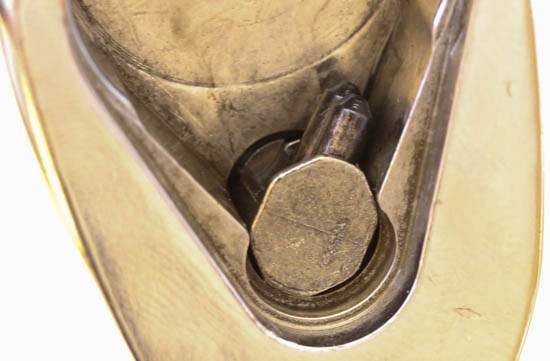 Each pawl fully engages the 60-tooth pawl during their alternating turns. It appears that several teeth at one end of each pawl engages the gear when the other is fully engaged, but it is unclear whether this lends anything to the mechanical strength of the ratchet. In other words, it could be that 1-3 teeth at one end of each pawl is simply in contact with the gear rather than being mechanically engaged whenever the other pawl is fully engaged.

If you have any questions, let me know. A full review is in the works and I have no qualms about disassembling the ratchet again.