ToolGuyd > Hand Tools > Screwdrivers > General Tools “Express” Ratcheting Screwdrivers
If you buy something through our links, ToolGuyd might earn an affiliate commission. 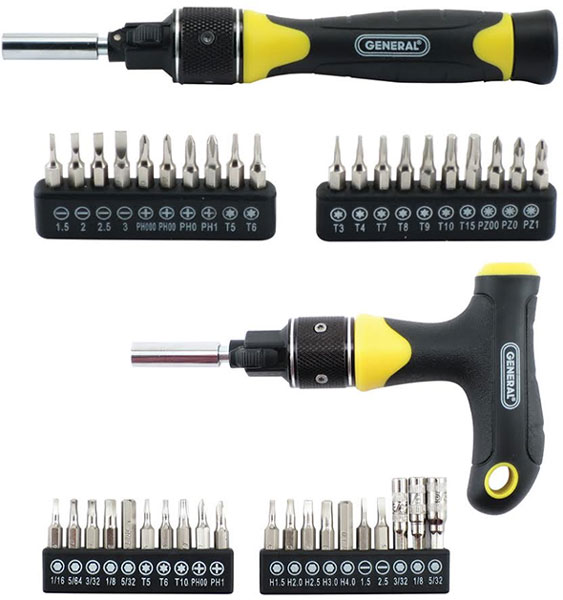 General Tools has come out with 2 new Express ratcheting precision screwdrivers that feature a dual drive mechanism that allows bit tips to turn in the same direction regardless of the direction of handle rotation.

We’ve seen this before in Kobalt Double Drive screwdrivers, and other brands’ similar offerings.

There will also be an Express T-handle precision driver (70211) that has an ergonomic T-shaped handle. It’s a little shorter than the traditionally-styled driver, and the T-handle appears to be a first in the Double Drive screwdriver market.

The “Express” ratcheting mechanism looks like the Double Drive mechanism we’ve already seen, and its functionality is described to work in an identical manner. Because of this, I can’t say I’m too impressed with the traditional precision screwdriver, especially since it costs more than the comparable Kobalt model. But the T-handle driver – that’s something new, and appealing.