ToolGuyd > Hand Tools > Electrical Tools > General Tools Goes All Out with ToolSmart Connected Tools
If you buy something through our links, ToolGuyd might earn an affiliate commission. 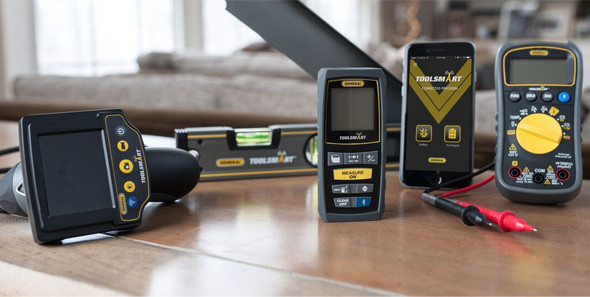 General Tools has come out with a new line of ToolSmart tools – several tools that connect to your smartphone for enhanced and convenient functionality.

Just to be clear, General Tools has been an advertiser with us this year. The first half of the ad run last month and the month before, and the second half picks up later in the year. This post is not a part of the ad arrangement; I had agreed to review the tools for free, ad or no ad.

To be perfectly honest, I have not used many General Tools products before. I had no reason to. There were a few that I had bought and really liked using over the years. There were some others that caught my attention, but they duplicated functionality of tools I already had in my toolbox.

When I found out that General Tools was coming out with connected tools, I considered that they could be “me too” offerings, meant to ride the connected tool wave while it was hot. But with tools in-hand, I am more inclined to believe that they put a lot of thought and care into developing the ToolSmart products with features and functionality in mind.

I’ve been testing all of the new tools, and will be finishing the review writeups soon. In the meantime, I wanted to share a quick preview with you. 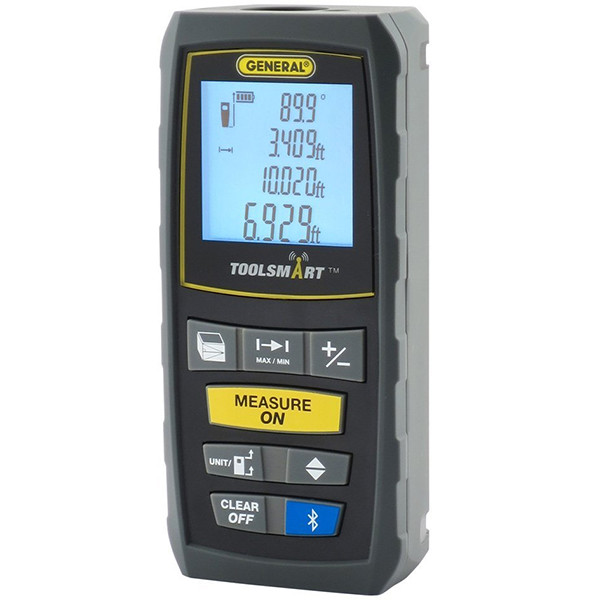 Used by itself, the laser distance measuring tool has some good specs and capabilities.

You can send measurements to the app, which can then calculate how much paint, flooring, or crown molding you might need for a project.

Some might have you believe that it’s essential for a laser distance measurer to communicate with a smartphone. It’s not. But some of the app features seem pretty useful. And even if you don’t need ’em, it’s a decent laser measuring tool. 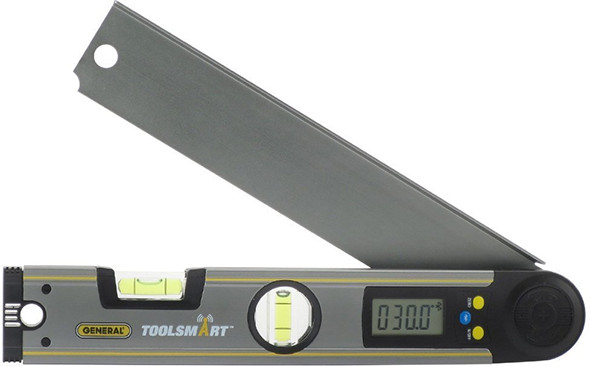 The corners in a home are rarely 90°. They might be a bit higher, or lower, but rarely dead-on 90°. There are plenty of options when it comes to measuring angles for installing molding or flooring, but a digital angle finder tool sure sounds convenient.

Even more convenient is when you can transfer measurements to your smartphone, whether for reference purposes or using the app’s materials calculation capabilities. 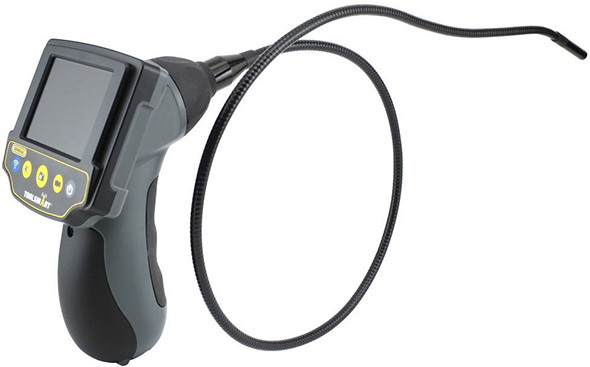 An inspection camera is by far the best tool one could have connected to a smartphone. And from the specs – I haven’t tried it yet – this looks to be a pretty decent inspection camera. It has an 8mm probe diameter, 3.3 ft cable, and the probe is said to be waterproof to IP67 standards.

If I were looking for a new inspection camera, this one would be on my shortlist.

Note: The inspection camera connects via WiFi, not Bluetooth as with the other ToolSmart tools. 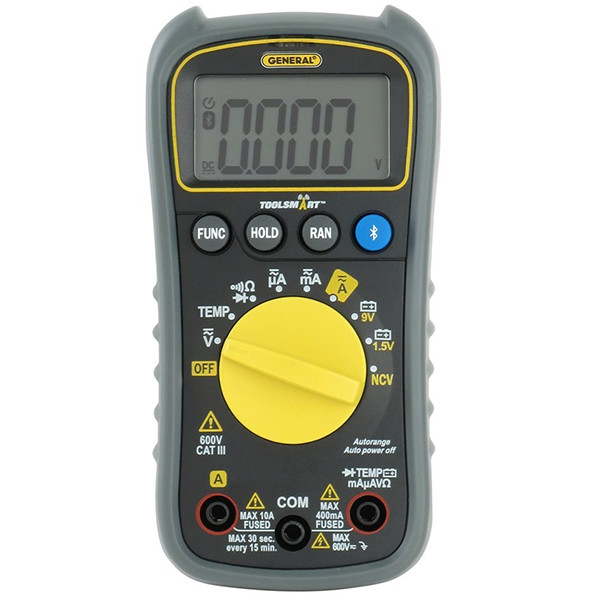 Out of all the new ToolSmart tools, the multimeter surprised me the most. It’s just not the type of tool I expected to see.

It’s a general purpose multimeter that can send measurements to your smartphone. It can be hugely convenient to have a second or remote viewing screen.

I’m still working through each tool, but so far they all seem to be pretty good. The multimeter is definitely something I would buy, with the inspection camera being second on my list. After that, the distance measurer and angle finder are both decent.

I’ve been surprised as to how nicely featured these tools are, and am eager to see what General Tools has in mind for the ToolSmart lineup in the future.

I can’t tell how many iPhone downloads there have been, but Google Play has reported 500-1000 downloads to Android devices. Quite frankly, that surprised me. What I’ve seen so far has been quite positive, and the tools look good on paper too. I’d expect for them to fly off store shelves.

A good way to measure a tool is to see if it’s the first one I pick up when an appropriate task comes up. It’s too soon to tell for sure, but I think that I’ll be keeping these tools at close reach for some time.

Thank you to General Tools for providing the test samples unconditionally.