ToolGuyd > Hand Tools > EDC, Pocket, & Multitools > Gerber EAB Pocket Utility Knife is a Teeny Tiny and Very Popular EDC Tool
If you buy something through our links, ToolGuyd might earn an affiliate commission. 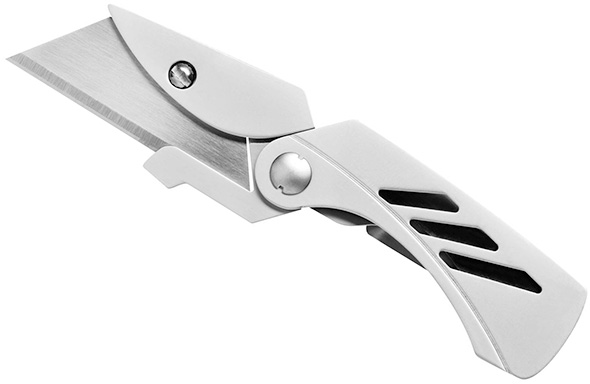 We talked about the Outdoor Edge Slidewinder the other day, and I’d be remiss if I didn’t follow up with a fresh mention of Gerber’s EAB tools. The Gerber EAB, or Exchange-A-Blade, is a compact folding utility knife that’s about a small as a knife like this can get.

Shown above is the Gerber EAB Lite, which features stainless steel construction, a liner lock, and pocket clip that can double as a money clip (according to Gerber). 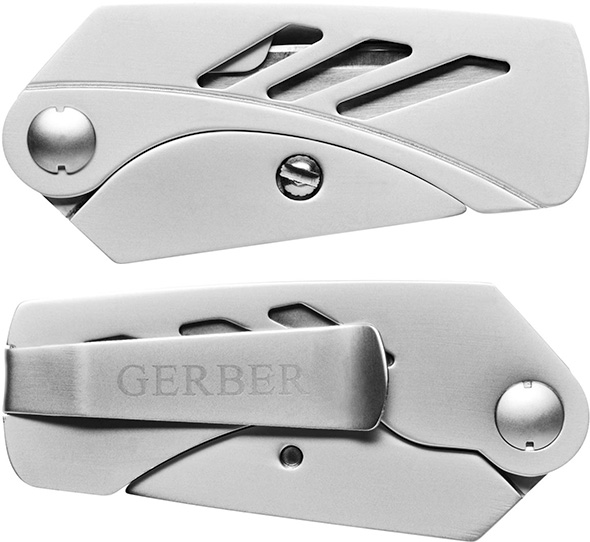 The Lite has small cut-outs and a different shape than the original.

I bought a Gerber EAB a while back and have also mentioned them on ToolGuyd, although not for some time.

The original Gerber EAB was recalled a while back (12 years ago), and the redesign seems to have worked because I haven’t heard of any complaints or issues since then.

Blade changes are done with a slotted screwdriver, but some users have reported being able to use a small coin. I suppose a credit card could maybe also be used in a pinch.

The EAB has a pocket clip, but no hole for a keyring or lanyard, but that’s probably for the best.

I’ve seen quite a few compact utility knife designs in recent years, but the Gerber EAB is probably still the best design for most users, given its simplicity and reasonable pricing.

The EAB and EAB Lite are slightly different, and according to specs the EAB has a little more of its blade exposed. I only have the EAB, not the Lite, and so I can’t tell you which is better. I went with the EAB because at the time it was a little less expensive.

Both knives are higher in price now than they were in recent months, but I believe they were “add-on” items for a time, and now they’re not. You can get slightly better pricing at knife dealers, but free shipping thresholds are usually much higher than at Amazon.

If there were an EDC (everyday carry) tool hall of fame, the Gerber EAB would likely be one of the top award-holders. It’s popular, and for good reason.